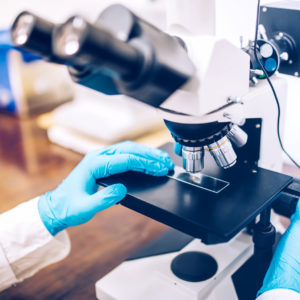 A Case for Medical Innovation

Being an entrepreneur and a single mom to a rambunctious 4-year-old is exhausting for anyone. It is especially demanding for Mattie Robinson, who lives with sickle cell disease, a painful and debilitating rare genetic disease.

At first glance, and on “good” days, she appears to be in perfect health. However, at unpredictable times, acute complications of the condition make it impossible for her to walk or speak. Even after the crisis is over, the painful recovery period can hinder her for weeks. She taught her son to spot the approaching symptoms of her disease — and how to get help when those symptoms deteriorate.

But there is new hope for Mattie and other affected Americans thanks to a wave of breakthrough medicines being developed in the United States to treat this once-overlooked disease. Thanks to a system that encourages innovation and research into rare diseases, the biotechnology industry has a growing pipeline of new developmental treatments for sickle cell disease. Scientists at Global Blood Therapeutics (GBT), for example, may soon introduce a treatment that attacks the fundamental cause of sickle cell.

There are almost 100,000 Americans living with this rare and serious disease, which predominantly affects people of African descent. The myriad complications of sickle cell include stroke, progressive organ damage, and even premature death. For years, researchers struggled to muster the investments necessary to develop new treatments for the disease, but GBT and companies like it are a testament to the biotechnology industry’s commitment to discovering and producing more effective treatments.

The Alliance to Protect Medical Innovation (APMI) was founded to preserve this development ecosystem in which biotech companies are developing the next generation of innovative medicine to help patients live longer, healthier, more productive lives.

APMI recently released a video that tells Mattie’s story and shines a light on the invaluable work being done by the scientists and researchers striving to make positive a difference in patients’ lives. We hope this video will provide important context to a debate that often ignores the vital role of the biopharmaceutical community in restoring health to Americans with rare diseases.

The United States leads in healthcare innovation; we currently produce more new medicines and treatments than the rest of the world combined. We must preserve this system, but a number of proposals at the state and federal level would constrain this development pipeline by layering new rules on top of a fragile system that is already heavily regulated.

For example, one proposal backed by politicians in both parties would tie drug prices in the United States with those in other countries. That may sound like a smart benchmark, but it would radically reshape the biopharmaceutical industry by importing price controls imposed by foreign governments and potentially slash investments in research and development.

Small biotech companies, in particular, are critical to cutting-edge drug research, and these firms depend on outside investment to finance their work. Imposing foreign prices on the treatments that result from this research would dramatically inhibit future investment. The burgeoning rare disease research sector would be the hardest hit, extinguishing hope for patients like Mattie.

This is a worthwhile debate, and companies must prove what benefit their medicines deliver to patients. But some of the current rhetoric obscures the dedication and ingenuity of scientists, doctors and others in the field who are devoting their careers to discovering and developing the next breakthrough treatment to a debilitating disease. Our national debate around healthcare costs has become increasingly inflamed, but it is unfair for people or groups to cast hostile generalizations on researchers in order to score political points.

America is in the midst of a biopharmaceutical revolution. We’re seeing breakthrough treatments, new technology, and cures for diseases and chronic illnesses that were previously untreatable. But this pipeline depends on researchers and investors who will remain committed to future discoveries.

My hope is that this video reminds people just how devoted most in the industry are to improving patients’ lives. Or, as GBT Chief Executive Ted Love says, “If I could tell patients one thing, I would tell them that we’re focused on solving your problems, and we’re going to win.”

Patrick O’Connor is the executive director of the Alliance to Protect Medical Innovation.