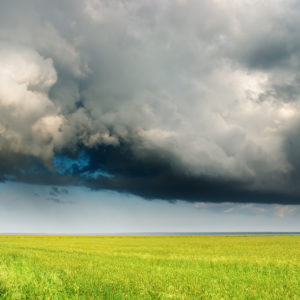 A New Narrative for Climate Action in the Midwest

Posted to Energy April 30, 2019 by Janet McCabe and Jim Shanahan

As the world marked the 49th Earth Day on April 22, our collective response to climate change and its effects is evolving in a region where such change is not often expected: in the heart of the American Midwest.

Officials in Iowa have led a bipartisan embrace of wind energy and St. Paul, Minnesota, is divesting from fossil fuels. Responses like these are driven, in part, by the climate consequences already knocking on our door. In the same survey referenced earlier, 60 percent of Indiana residents report that they believe climate change is already starting to harm people in the United States and 77 percent report they expect climate change to affect the economy negatively.

Just in the last six months, the Midwest has experienced record-setting cold, snow and flooding. Shifting growing seasons, heavy rainfall and temperature variability are challenging farmers’ production and profitability. With this year’s floods causing $2 billion in damage to Iowa farmers alone, climate change landed a significant blow to the U.S. economy, which exported more than $116.2 billion in agricultural products in 2018.

The national climate assessment projects these threats will continue,  showing declines of up to 25 percent in yields for commodity crops in the southern Midwest, including corn and soybeans. And by mid-century, maximum temperatures are projected to exceed noticeably optimal conditions for many crops, approaching temperatures that may cause reproductive failure in crops like corn.

And the Indiana Climate Change Impacts Assessment, produced by scientists from universities, reinforces these findings, documenting changes already here and predicting those yet to come for agriculture, forests, water resources and public health throughout the state.

Yet, these latest survey results suggest that the public has been paying attention. We see greater support for the action needed to prepare and adapt to the effects of climate change — not just nationally polling but also in the Midwest.

At a minimum, there’s an increasing consensus that regardless of political partisanship, there’s no escaping the need to prepare for the threats climate change poses to communities and our economy. On flooding and protecting agriculture, there’s widespread support among Indiana residents for action and preparation.

As we begin to agree more and more on the nature of the problem, we can focus on solutions. At the top of our agenda is an increased focus on resiliency — what can be done to reduce our vulnerabilities.

A resilience-driven narrative calls us to lean into Midwestern pragmatism to predict the short- and long-term effect of climate change and identify the best ways to respond. For our colleagues at Indiana University — and for countless others across Big Ten country — that means capturing data and resources about carbon reduction opportunities and climate resilience efforts in ways that are easy for community leaders to access and act on. It means building tools that will help local governments measure and prioritize a response to their most urgent climate risks. And it also means that we have an opportunity to be boots-on-the-ground partners to communities across our states.

The tide is changing, and while the Twitterverse ponders the future of the Green New Deal, the Midwest may be quietly leading a much larger shift in American attitudes and action around climate change.