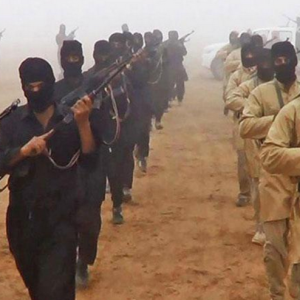 Bring Back the USIA, and Defeat ISIS

Ever since last summer, I’ve been jawing at more meetings on countering violent extremism – or CVE, the catch-all phrase for soft power efforts against ISIS – than I can count. From the mountains of Colorado (Aspen Institute) to the canyons of New York (Tony Blair-Leon Panetta Commission) to the conference rooms of Washington (Homeland Security Advisory Council) to various get-togethers at CENTCOM and the State Department.

Intense concern about constraining ISIS on the Internet – the objective of all these conclaves – is certainly justified, and good ideas abound. The problem is that it’s doubtful we’ll succeed until we’ve got the right structure in place. I am not someone who believes that the  proper bureaucratic set-up solves all problems, but it’s evident that you can’t get anything accomplished until there is someone in charge who has responsibility, authority, resources, the backing of the president and clear objectives.

The current system provides exactly none of these.

In 2006, President George W. Bush issued an executive order that gave the Under Secretary of State for Public Diplomacy and Public Affairs – then, Karen Hughes, and shortly thereafter, me – the “interagency lead” for strategic communications, mainly directed at Al Qaeda. The order didn’t mean that I could tell the Defense Department and the Central Intelligence Agency what to do, but it did mean that I could take the lead in coordinating the efforts of all government agencies in non-violent efforts against terrorism.

I had the support of the President, National Security Advisor Steve Hadley, and, of course, my immediate boss, Condoleezza Rice. They understood that we couldn’t defeat terrorism without engaging the current destructive ideology through a war of ideas. We had little in the way of resources – though DoD chipped in – but we built a structure that was working.

In the great tradition of administration succession, however, the new leaders at the State Department and the White House dismantled what we had, then spent the next seven years rebuilding it.

But in order to build a soft-power infrastructure that lasts, I’m afraid it’s time to do something I rejected out of hand when I served on the Djerejian Commission in 2003: that is, resurrect the United States Information Agency.

Well, not exactly the USIA. What we need is smaller and more agile than the institution that played a critical role in defeating communism in the Cold War. This new USIA needs to make use of the huge capacity of the private sector to develop and disseminate narratives.

USIA met its demise in 1999 after years of having its funding remorsely reduced. Its functions were merged into the office that I later ran at State, but public affairs officers at the embassies reported to geographic bureaus. What public diplomacy lacked, as a result, was an esprit de corps, a feeling of purpose, and a decent budget. My guess is that all of those things could reemerge in a revived USIA because the simple formation of the new agency would provide drama and focus.

The new agency would need a chief with the confidence of the president – like Edward R. Murrow under Kennedy or Charles Z. Wick under Reagan – and the funds to conduct serious research and to contract with people who know how political theory, regional history and sociology, policy development, and the ability to communicate.

If such an agency existed today, its first assignment should be to mount a ferocious campaign to deter future recruits to ISIS. How? By showing impressionable young people the truth about being an ISIS fighter (or “wife”) through the testimony of former ISIS members who managed to get away. Not three or four videos posted on YouTube but hundreds, distributed through dozens of social media channels.

The agency would also have to work with our military and its allies to grab ISIS deserters when they leave Syria, Iraq, or Libya and, rather than putting them on trial, letting them tell their stories directly to camera.

We also need to battle the ISIS ideology in the same way we battled communism: taking it seriously and ripping it to shreds. And we need to provide productive pathways for potential ISIS recruits to travel – alternatives to violence as a way to find meaning in their lives.

But it all starts with will – and structure. One of the reasons that so many smart people are holding conferences about how to defeat ISIS on the Internet is the fear that the next attack on the U.S. is right around the corner. That may be true. But what we’ve learned from the dismantling of the USIA is that using soft power to achieve national-security ends is not an on-again, off-again endeavor. It needs to be sustained over long periods with significant investment. The Chinese, the Russians, and the Iranians have already figured this out. We should too.

James K. Glassman, a visiting fellow at the American Enterprise Institute, was Under Secretary of State for Public Diplomacy and Public Affairs in 2008-09.