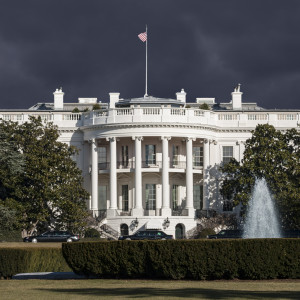 Which Came First, the President or the Lie?

The revelation last week of a tape on which candidate Donald Trump discusses paying hush money to a former Playboy Playmate has put the president’s veracity at center stage. That revelation following his claim that he meant the opposite of what he said in Helsinki about Russian meddling in the election makes it hard for either his supporters or opponents to hear him without wondering whether others will think he’s lying.

Last Wednesday, PBS devoted a quarter of its “NewsHour” to “What’s happened to truth under President Trump?” Featured was Peter Wehner, head of the White House Office of Strategic Initiatives under President George W. Bush, who stated, “We have never had a president who … lies so pathologically, and lies needlessly often.”

Yet, systematic lying came to Washington before President Trump and, indeed, its presence there helped get him elected.

Washington has long tolerated high officials lying rationally rather than pathologically or needlessly. The need is to avoid losing out to rivals who do lie. Politicians have, of course, always engaged in spin, but the fibbing got weaponized a half century ago when presidents and members of Congress of both parties began to adopt new, deceitful ways of legislating that let them take credit for promising more than government could conceivably deliver.

Consider the contrast between the old and new ways that Congress has legislated on helping retirees. In setting up Social Security in 1935, Congress and President Franklin Roosevelt required workers and employers to pay contributions sufficient to finance the benefits promised in the future. The upshot was that elected officials took the blame for the burdens as well as the credit for the benefits.

In the new way, Congress and President Lyndon Johnson structured Medicare in 1965 so that the benefits then promised would eventually outstrip the payments then imposed. Similarly, in 1972, Congress and President Richard Nixon increased Social Security benefits without commensurate increases in payments. In both cases, the upshot was that elected officials got credit for the benefits but shifted blame for much of the burdens to their successors in office. The eventual long-term deficits were swept under the rug with the solemn assertion that the richest nation on earth can afford to be good to its old folks.

Congress and presidents promised more than government can deliver on other spending, regulation and indeed every important aspect of government. Yet, the lying was done so skillfully — so rationally, if you will — that most voters couldn’t hold individual elected officials accountable at the polls for the deceits.

Yet, the failed promises have bred distrust of Washington as a whole. According to a 2017 Harris Poll, three-quarters of prospective retirees over 50 believe that Social Security will run out of money in their lifetime. According to the Pew Research Center, in 1964, a little more than a half century ago, three-quarters of voters trusted the federal government to do “the right thing” most of time — but in 2015 only one-fifth did so.

Getting rid of Trump won’t get rid of the lying in Washington or restore trust in our government. To restore trust, we must stop the collective lying through statutes. For that, we need new ground rules of legislation that require elected officials to take responsibility for the unpopular consequences as well as the popular ones.

With regulation, for example, instead of simply legislating that agencies shall deliver the benefit of regulatory protection, elected officials should join in taking responsibility for important regulatory burdens The new ground rules of legislation on spending, regulation and everything else are in a statute that I have proposed called “The Honest Deal Act.”

Join me to stop the supposedly rational and needed, but actually insidious lying.

David Schoenbrod is a professor at New York Law School and author of "DC Confidential: Inside the Five Tricks of Washington."