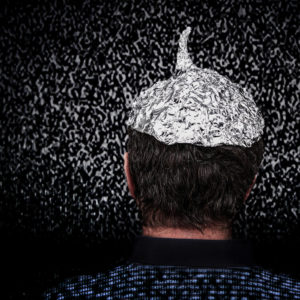 President Trump recently held a social media summit in which he claimed Twitter was actively engaging in efforts to limit his voice. Congress soon followed suit. Sen. Ted Cruz, R-Texas, held a hearing on alleged bias in Google’s search algorithm, arguing that “the American people are … subject to both overt censorship and covert manipulation.”

Certainly, many conservatives worry that technology companies have acted in bad faith when it comes to managing right-leaning content. We shouldn’t discount these fears outright, as there are anecdotal cases of these companies treating conservatives differently than they have treated others. And there is nothing wrong with having Congress discuss the subject. As Lincoln Network policy head Zach Graves and outreach director Will Upton note, Silicon Valley does have a serious problem connecting with many of our friends and leaders on the right.

Unfortunately, instead of engaging in thoughtful consideration of the issue, our political leaders are participating in political theater that is stoking divisions among the public and helping to spin a conspiratorial narrative. Its thesis? Liberal tech giants are trying to silence the political right.

When discussing potential bias on tech platforms, lawmakers should steer clear of conspiracy theories and carefully consider the effect their voices have on the public discourse — and the faith Americans have in our institutions.

Last month, and again July 23, Cruz questioned Google representatives about employees donating money to Hillary Clinton, and not to Trump, during the 2016 elections, implying that the company must be biased against conservatives. This alarming line of questioning suggests that companies establish institutional positions based on the individual beliefs of the employees. To drive these fears home, Cruz cited a Project Veritas video to suggest that Google was actively trying to prevent Trump from winning the 2020 election. Yet the same Project Veritas has repeatedly been caught deceptively editing videos and trying to plant fake stories to discredit authentic ones.

Of course, it is not wrong for Cruz to be exploring the bias issue, but doing so by accusing companies of bias due to their campaign contributions and a video from an unreliable source is simply counterproductive.

Cruz is not alone. Last year, the House Judiciary Committee invited social media personalities Lynette Hardaway and Rochelle Richardson, commonly known as “Diamond and Silk,” to testify before the committee. The hearing quickly became a circus, with the witnesses claiming they were being silenced because of their conservative viewpoints and talking over committee members who questioned the veracity of their claims.

For his part, Sen. Josh Hawley, R-Missouri, recently introduced a bill that would effectively make the Federal Trade Commission the arbiter of what it means for a platform to be politically neutral. That a conservative would advocate giving the government a new role in regulating speech is confounding. But as conservative commentators point out, the bill isn’t designed to pass the Senate. Rather, it is a messaging device designed to spark a conversation about bias within a base that firmly believes platforms censor conservative speech online.

No doubt these political stunts garner temporary press and praise from the base, but they are a devil’s bargain when it comes to preserving the legitimacy of Congress and other democratic institutions. According to a recent poll conducted by the Pew Research Center, only 17 percent of Americans trust the government, and Gallup has congressional approval hovering around 20 percent. And the U.S. Senate, which should be a pillar of civic exceptionalism, is now resorting to communicating through petty retorts and memes (yes, memes).

Senators should examine instances of alleged bias and online platforms, but they should do so through an empirical lens. If we do not approach these concerns carefully and critically, foreign governments will be able to further undermine American citizens’ trust in their government by exploiting the rhetoric of our elected officials to their own ends. Engaging in clickbait and inviting personalities who thrive on controversy and hyperbole into the halls of Congress only serves to further divide Americans and damage the trust in American institutions.

Even though we live in an age of witty tweets and clever Instagram stories, senators need to act as representatives of their constituents rather than engaging in rhetoric that can have unintended consequences. To restore faith in our institutions, lawmakers should work toward identifying cognizable harms and addressing them in a transparent and professional manner worthy of their office.