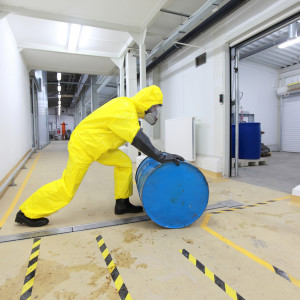 Counterpoint: Can Corporations Be Trusted to ‘Do The Right Thing’?

Some of my best friends run private businesses. My brother was a manager in the private sector. So let’s dispense with this red herring: arguing that corporations need regulation is not charging everyone who works for a large enterprise with being greedy, or evil. But capitalism is competitive and profits equal winning. Some managers ignore wage and hour rules and/or safety standards because this allows them to cut costs and gain a competitive advantage over responsible businesses.

We need regulations to keep capitalism safe for the good guys — for the managers who want to pay their workers a fair wage, keep their workplaces clean, and produce safe, quality products. Unfortunately, not all do.

America is facing two kinds of regulatory problems today. First, we’re not adequately enforcing the rules on the books. Our legal wage and hour protections are adequate — but there has been an epidemic of “wage theft” in this country in past decades. New York state alone recovered $25 million in wages for 22,600 employees in the first 10 months of this year.

A big part of this is because there are fewer unions representing workers and able to stand up for them at the workplace. And millions of Americans more are improperly classified as “independent contractors” so employers aren’t responsible for their taxes and benefits.

Our workplaces are much less dangerous than they used to be thanks to workplace safety rules, but the number of OSHA inspectors is about the same as it was in 1981 even though the number of workplaces they are supposed to monitor has more than doubled. So we may have an epidemic of safety violations too.

Second, our rules aren’t keeping up with science — because large corporations are able to block and weaken the regulation of certain sectors of our economy by hiring lobbyists (increasingly ex-Congress members or ex-staff at regulatory agencies) and by providing sitting members of Congress, especially those on regulatory oversight committees, with campaign contributions.

Even though regulatory agencies are supposed to be independent of political and external pressure, the truth is that the most powerful corporations too often have outsized power with the agencies that regulate them.

Perhaps the best example is the chemical industry, responsible for toxic sippy cups, flame-retardant pajamas and fracking fluids. Of the more than 80,000 chemicals registered for commercial use in the United States today, only about 250 have been tested to determine their health effects on human beings; only nine of these have been restricted or banned.

Unlike drug companies that have to prove their products are safe before they can be marketed, the law regulating dangerous chemicals forces the government to prove a chemical is unsafe to take it off the market.

And, using the playbook from the tobacco industry, chemical companies are brilliant at funding studies that create just enough doubt to prevent stricter regulations.

Some of the plants that manufacture toxic chemicals have been called “stationary weapons of mass destruction.” Chemical plants are in every area of the country, in rural areas (pesticide and fertilizer and food processing) and in cities (water and waste treatment plants). There is some kind of accident at a chemical plant every other day. The West Texas explosion that killed 15 people, including 12 first responders, in 2014 would have killed hundreds of people if it had happened during the day — three schools and an apartment building were destroyed.

The major lobbying group for the chemical industry, the American Chemistry Council, says no more regulation is needed because it has a robust voluntary safety program that its members support and follow. Really? Our study found seven of the ACC’s board members were among corporations operating facilities with large numbers of serious violations.

It isn’t that these companies are filled with bad people. It’s that big profits create huge incentives to look the other way. That’s why we need strict standards, universally enforced, to protect our families, our natural resources, and responsible businesses. Strong and effective oversight levels the playing field and ensures that we can trust in corporations.

Katherine McFate is president and CEO of the Center for Effective Government (www.foreffectivegov.org).