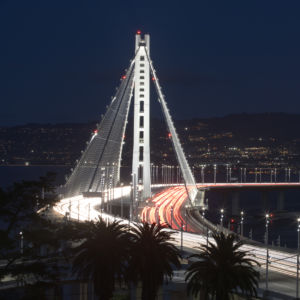 Counterpoint: How We Invest in Our Infrastructure Matters

The American Society of Civil Engineers estimates it will take $4 trillion over the next eight years to repair the damage to our roads, bridges, transit and rail systems, seaports, and airports caused by decades of neglect. With strong public and bipartisan support — and a dire need — for robust investment into our nation’s crumbling transportation infrastructure, the question now is how to pay for such a massive price tag.

Contrary to what Wall Street and some Trump administration officials are peddling, the answer cannot solely lie with upfront investments from private companies. Meeting our massive infrastructure needs will take a multipronged financial approach. Private financing can and does have a role in rebuilding our transportation system, but relying on it and using it as a substitute for robust federal investment will not meet our needs. That’s because private financing is costlier than traditional public funding and is not suitable for the vast majority of our infrastructure needs.

Those who support an over-reliance on private financing push the argument that public capital is scarce, and that massive amounts of private capital are sitting idly by, ready and waiting to be invested into infrastructure projects. This is simply not true.

Unlike other countries, the United States has a robust, tax-exempt municipal bond market that allows state and local governments to borrow money at very low rates, and deliver more projects at a lower cost. By contrast, private financing, which takes the form of equity, debt or a combination of the two, is not exempt from taxation. This, combined with the fact that private companies expect to make returns on their investment, significantly drives up to the costs of projects.

The need by private entities to make a profit also severely limits where resources can be deployed. Under a private financing model, only the projects that are able to generate a reliable revenue stream will get funded. Yes, there are a handful of megaprojects in major urban areas that might turn a profit. But we’ve got to face reality: The majority of transportation infrastructure projects, including those that serve as the lifeblood of our economy, like transit systems, most roads, and passenger rail, are not designed to make money.

We also cannot forget that investing in these projects is about more than just repairing and modernizing our nation’s infrastructure. The investments that need to be made have the potential to transform our economy, and breathe new life into our shrinking middle class — but vigilance is required. We must ensure that labor standards and Buy America rules apply to these projects, and that private investment is not used as an excuse to undercut working people in need of good jobs.

Regardless of who foots the bill — private entities or public governments — debt used to cover upfront costs must be paid back through user fees or taxes.

Translation? There is no such thing as free money. The costs of infrastructure will always be borne by the public. That is why the obsession over an approach that costs more but returns less makes no sense.

There is no denying the need to invest in our nation’s infrastructure. But how we fund an infrastructure package matters. An over-reliance on private financing is an approach we simply can’t afford.

Larry I. Willis is president of the Transportation Trades Department of the AFL-CIO.