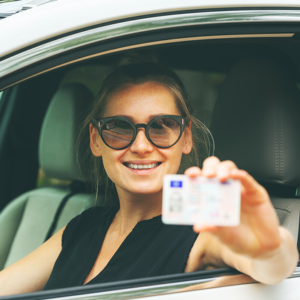 Editor’s Note: For an alternative viewpoint, please see Point: State Doesn’t Need to Know My Gender — and Neither Does My Landlord

The idea seems so absurd that the question was posed to Snopes — the website best known for debunking various urban legends.

In this case, however, the claim — that “New Yorkers can select a gender-neutral option on their birth certificates” — received a rating of “True.”

According to the city’s Board of Health, the city first allowed those who identify as transgender to alter their birth certificates in 1971 — but only if the individual “both obtained a court order changing his or her name and … underwent ‘convertive’ surgery.” The latter clause was generally interpreted as requiring genital surgery.

In 2014, the Health Code was amended to eliminate the surgery requirement. Instead, all that was needed was an affirmation from a physician or mental health practitioner declaring that the requested change “more accurately reflects the applicant’s sex or gender identity.”

Though praised as a model in a 2017 article in the journal LGBT Health, this policy apparently wasn’t enough for transgender activists. After the previous policy had stood for 43 years, the new one lasted only four before the New York Board of Health and the City Council worked together to liberalize the process for amending birth certificates even more.

The justification for the change was somewhat contradictory. On the one hand, they worried that requiring a doctor’s note was “a potential barrier” to obtaining a revised certificate. On the other hand, they acknowledged, “Anecdotal evidence suggests that practitioners simply comply with their patients’ requests when asked to affirm or attest to a patient’s request for a change of gender.”

The new policy — signed into law by Mayor Bill de Blasio on October 9 and effective on January 1, 2019 — requires only “a signed and notarized statement from the applicant” requesting a change “to female, male, or X in order to conform to the applicant’s gender identity.” The new “X” designation is “used to indicate a sex that is not exclusively male or female.”

Carrie Davis, chair of the city’s “Advisory Board on Gender Marker Change Requirements,” told the media when the legislation was signed that it was “neither … radical nor unique.”

Perhaps it was not unique — the mayor’s press release said that Oregon, California, Washington and New Jersey already had the “third ‘X’ gender option” for birth certificates. Recent news reports indicate that even some more conservative states, such as Indiana and Utah, have begun offering the option for driver’s licenses and state ID’s.

But the idea certainly is radical — as recently attested by Jamie Shupe, who gained fame in 2017 as the first person in the nation legally identified as “non-binary” in gender. He has now returned to identifying with his birth sex as a male.

The Associated Press reported that the bill “will also allow parents to choose the ‘X’ designation for their newborns,” but that appears to be inaccurate. However, if someone under the age of 18 wishes to adopt a gender identity different from his or her birth sex, parents can submit on the child’s behalf a “request to change the gender marker … to reflect the true gender identity of the registrant.”

The problem with this — as with the entire policy — is simple. There is no “gender marker” on New York City birth certificates. What birth certificates identify is the registrant’s “sex.” “Sex” is not the same as “gender identity.” The American Psychiatric Association defines “sex” as, “Biological indication of male and female (understood in the context of reproductive capacity).” “Gender identity,” on the other hand is a “category of social identity.”

Does the existence of “intersex” people — those whose indicators of biological sex are not consistently male or female — justify the “X” designation? No — certificates at the time of birth can already be designated “male, female, unknown and undetermined.” But as the Board of Health notes, “These are ‘sex’ categories and not gender categories.”

The effect of a policy like New York City’s is not to make birth certificates “accurately reflect” who people are, but to do the opposite — to conceal the objective biological reality of sex, identifiable at birth, and replace it with the nebulous and entirely subjective concept of “gender identity.”

This is not progress — it is a war against reality.