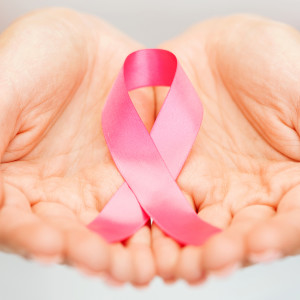 Curing Cancer Is Not a Moonshot

Posted to Politics January 15, 2016 by Robert Graboyes and Thomas Stossel

President Obama has put Vice President Joe Biden in charge of a “moonshot” to cure cancer. Biden recently lost a son to the disease, so his sincerity and passion are assured. And, everybody — irrespective of political persuasion — can agree that curing this dread disease is a noble pursuit. Unfortunately, the timeworn moonshot analogy is inappropriate. Curing cancer is not at all like landing on the moon.

When President John F. Kennedy articulated his moonshot project in May 1961, it was a narrowly focused, clearly defined engineering problem. While costs and timelines were somewhat uncertain, tried-and-true principles of physics informed the engineers and made a successful lunar landing highly likely.

Cancer, in contrast, is many different diseases demanding diverse treatments. Compared with the high-precision physical sciences that reliably guided NASA to the moon, the principles of biology are obscure and agonizingly unpredictable.

This capriciousness is actually why we exist; throughout history, the genetic idiosyncrasies of individuals have prevented rapidly mutating pathogens from assaulting all of us via any single strategy. The downside of this miraculous survival mechanism is that cancer treatments that seem promising in the laboratory or in genetically homogeneous animals almost always fail in human clinical trials.

These grim facts, for which no easy solutions exist, make it all the more remarkable that modern diagnostics and drugs have driven cancer mortality to an all-time low. This track record of success did not arise from political organization and insider collaboration, nor will the future victories to which we aspire. Success arises only from varied and numerous trials-and-errors — taking enough shots at the elusive goal to outweigh our genetic resistance to success.

Putting a high-ranking politician in charge of such an exercise implies that curing cancer is a challenging but clearly doable engineering project, akin to sending astronauts to the moon. Publicly funded scientific research has certainly contributed to our progress against cancer, and continued funding is essential. But the devices and drugs that have given life to cancer patients have almost entirely arisen from the private sector and often from those who defied the conventional wisdom of established insiders.

Only private industry — free from political pressures — has the culture, skills and financial wherewithal to deliver better cancer treatments and cures. The high risks involved demand an entrepreneurial spirit and ferocious competition, free from the political meddling and insider favoritism that paralyze top-down government management. Converting a drug or device candidate into a safe, viable treatment is unfathomably complex, and the processes of government are fatally slow, cautious and biased.

Over the last 50 years, the cost of bringing a new drug to market has risen a hundredfold. The reason is that the few successes must pay for the many failures. For investors, only the promise of large returns justifies such risks. Populist calls by politicians and media to impose drug price controls will, if enacted, doom Biden’s efforts to failure.

The vice president would do well to look more to the Obama administration’s approach to space exploration than President Kennedy’s. During the Obama-Biden years, NASA’s near-monopoly on space technology has faded, and entrepreneurs like Elon Musk, Jeff Bezos and Burt Rutan are competing fiercely to develop radically different launch and orbital vehicles.

Just recently, Congress passed and President Obama signed a law establishing property rights in space for companies seeking to mine celestial objects for materials needed back on earth.

We welcome the administration’s desire to cure cancer. We fervently want it to promote — not hinder — that goal.

Robert Graboyes is a senior research fellow with the Mercatus Center at George Mason University, where he focuses on technological innovation in health care. He also teaches health economics at Virginia Commonwealth University and the University of Virginia, and authored “Fortress and Frontier in American Health Care.” Thomas Stossel is American Cancer Society Professor at Harvard Medical School, a visiting scholar of the American Enterprise Institute, and author of “Pharmaphobia-How the Conflict of Interest Myth Undermines American Medical Innovation.”