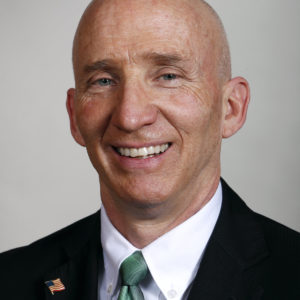 A bill establishing Educational Savings Accounts (ESAs) for non-public school students has been introduced in the Iowa House of Representatives, and is scheduled to be heard by an education subcommittee later this week.

House Study Bill 651 is the House’s second try at establishing ESAs for non-public school students. Last year, a bill that would add approximately $240 million in costs to the fiscal year 2018 budget was unable to be passed into law. The plan would have made 34,000 Iowa students, who were already in non-public schools, eligible to receive state money for their schooling. According to the new bill, the only students who would be eligible to receive state money for non-public schools would be those who are not currently enrolled in non-public schools, and for new kindergarten students. The grants would not be subject to income tax, and could also be used until a pupil turns 23 years old (if the balance in the account has not run out by the time of graduation from 12th grade).

The bill creates Education Savings Grants (ESG). This establishes individual funding per qualifying student to be used towards tuition at a non-public school. In order to calculate how much each grant is worth, the bill uses a formula that establishes the total funding at 90 percent of the sum of seven factors: the student’s weighted enrollment in the current district they reside in, multiplied by the difference between regular program cost and the average foundation property tax per pupil. The remaining factors are the student’s district’s average supplemental costs for teacher salaries, professional development, early intervention, Area Education Agency supplements, and teacher leadership supplements.

According to the Iowa Department of Education, the cost per pupil across the entire state for the 2017-2018 school year was $6,591. Because each student in the state is weighted differently, creating an exact number for each student would require examining a student’s enrollment factor, as well as examining each district’s cost per pupil. Chair of the House Education Committee Walt Rogers (R-District 30) said that the state’s portion of the total cost per pupil is approximately $5,000. The grant would be 90 percent of the state’s portion, which would be equivalent to approximately $4,500. The funding formula runs similarly to the state’s open enrollment policy, where the district pays another district the money that the student’s home district would have received. This bill is less expensive than last year’s bill because the bill would only assist students who are not already in a non-public school.

In addition to creating ESGs, the bill also amends that process in which charter schools can be commissioned within a particular district, rewriting the requirements going forward after July 2018.

Founding group-school board model: the charter school entity gets approval from the district school board to establish a new school building or take over an existing one.

School board-state board model: a school board creates a founding group to seek approval from the state board of education to create a charter school to be part of the district.

Founding group-state board model: a founding group may seek approval from the state board of education to be established outside of a school district.

Such application decisions are final, according to the bill, and cannot be appealed.

“We wanted to free up some of the codes so different entities could start up charter schools,” Rogers said. “Different school boards can decide if they want to have a specific charter school in their district. It’s a little easier for them to do that now. They can use potential entities outside the state to start a charter school. So basically, we just want more opportunity and it seemed, over the past several years, our charter laws have dissuaded entities from coming here and school boards from starting a charter school, and so we just wanted to turn that around.”

According to the bill, all charter schools approved would still have to comply with federal, state, and local guidelines when it comes to race, health, and other regulations such as special education guidelines. A student who enrolls in a charter school within a district would follow a similar process as an open enrollment, in which the school district would pay the cost per pupil rate to the charter school. The bill currently states that parents would have to notify the school district by the March before the ensuing school year of enrollment that their child will be attending a charter school. Rogers said that he’d be open to changing that date if there was desire to.