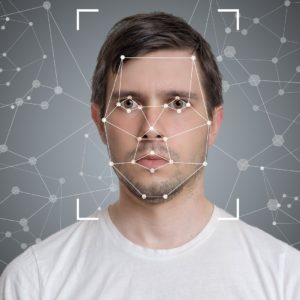 Posted to Technology December 28, 2018 by Daniel Castro and Michael McLaughlin

Over the past year, employees at Nordstrom Rack, Staples, and Finish Line have all wrongly accused African-American shoppers of theft. The subsequent media attention has raised broader public awareness about the discrimination many shoppers of color face on a regular basis but done little to address the problem. However, the rise of cashierless stores, enabled by facial recognition technology, may help reduce racial discrimination while shopping.

Racial bias against African-American consumers is common enough that it has led to the creation of the phrase “shopping while black.” Indeed, former U.S. President Barack Obama famously said in 2013: “There are very few African American men in this country who haven’t had the experience of being followed when they were shopping in a department store. That includes me.” This treatment turns shopping, which should be a leisure activity, into an experience that makes some African-Americans, such as Vogue senior writer Janelle Okwodu, feel “singled out and unwelcome…small and powerless.”

Stores such as Amazon Go, one of Amazon’s cashierless stores, use cameras, sensors, and computer vision technology to “see” who takes items off shelves, adding these items to a virtual shopping cart so that checkout is seamless. Many retailers are moving in this direction, with over 150 companies, including 7-Eleven and two of China’s largest e-commerce businesses, Alibaba and JD.com, experimenting with using facial recognition and other biometrics to eliminate the need for cashiers. As a result, store employees are not looking for potential shoplifters because the technology automatically charges customers for what they take when they leave the store. Without a physical checkout, former CNET senior associate editor Ashlee Clark Thompson, an African-American journalist that visited Amazon Go, wrote: “No one cared what I was doing. Is this what it feels like to shop when you’re not black?”

Unfortunately, it is not clear that cashierless stores will become mainstream quickly because a vocal minority of individuals oppose the use of facial recognition technology. For example, Northeastern University professor Woodrow Hartzog argues that facial recognition “is one of the rare situations that requires an absolute prohibition, something like the Ottawa Treaty on landmines.” Moreover, groups such as the American Civil Liberties Union stokes fears that the technology will “track everybody all the time.”

Despite the benefits of facial recognition, such as allowing consumers to quickly and securely sign into their phones and board an international flight without a boarding pass, many opponents lament the use of the technology because they believe it “will clear the path for truly nightmarish uses.” Indeed, it is easy to fall into the trap of demonizing an emerging technology that is not yet well-understood. But policymakers should give facial recognition a chance to prove its value and not rush to pre-judge the technology.

Daniel Castro is vice president at the Information Technology and Innovation Foundation (ITIF) and director of ITIF's Center for Data Innovation. Michael McLaughlin is a research assistant at ITIF.