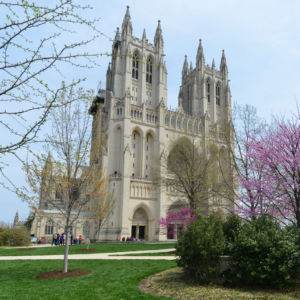 Faith and Zeal in the Public Square

In his allegorical novel “Darkness at Noon,” Arthur Koestler shows how the Soviet Communist Party’s well-intentioned efforts to purify itself in the service of its ideals caused it to target neurotically all enemies, real and imagined, and ultimately turn on its own ideological young.

In the book, Rubashov, an old-guard Communist, was one of the original ideologues who enthusiastically helped build the party and government apparatus that was supposed to bring a golden age to human society. He went along with efforts to help “purge” the party of disloyalty — such dissent would only get in the way of the goal.

But then Rubashov is arrested for disloyalty himself, detained on false charges and interrogated by his old friend Ivanov, who tries to persuade him to repent.

Rubashov is about to be won over by the humanity he sees in his friend, but soon finds out that Ivanov has been purged from the system too — turned in by the young idealist Gletkin for questioning the party’s methods. As Rubashov is worn down and finally confesses to the false charges, he thinks of all those he had betrayed to the party. In the end, despite his full confession to crimes he did not commit, Rubashov is executed.

This story is foreign to us in a number of ways, but it contains a timeless warning against seeking salvation at the hands of the state, and to beware the zealous advocate clamoring for an opportunity to purify the public square in search of this salvation.

2016 America does not face a Communist state. But we do face zealots trying to purify the public square of “undesirable” speech and viewpoints in the name of political correctness.

It has become increasingly common to react to virtually any perceived offense with hypersensitivity and outrage, and is routine for college commencement speakers to be “disinvited” because they don’t meet students’ ideological purity test.

Those targeted have included mainstream, politically correct public figures. International Monetary Fund chief Christine Lagarde was forced to withdraw her planned commencement speech to Smith College after strong anti-IMF protests. The reason for the opposition? The IMF is “a primary culprit in the failed developmental policies implanted in some of the world’s poorest countries.”

Former UC Berkeley chancellor Robert Birgeneau, despite being known for “his support of undocumented and minority students,” backed out of speaking to Haverford College after protests over use of force by UC police against students protesting college costs. Like Rubashov, Chancellor Birgeneau was forced to “confess” publicly his wrongdoing, but (same as with Rubashov) this was still not good enough for the Haverford students. Both were completely used up and chewed up by the systems they helped create. These were not clear political enemies who were disinvited; the zealots seeking public purity had begun to devour their own young.

If a political ideal is truly worshipped in place of God, it will eventually break down and devour itself. Yet when one realizes an ideal cannot take the place of God, that person won’t look to the state to solve every wrong. Instead, they will look to God.

According to recent polling, an overwhelming majority of the United States still believes in God. A majority of Americans want a religious president, and would be less likely to vote for someone because they are an atheist.

At a time when zealous advocates for political correctness are tearing America apart through their well-intentioned efforts to purify her, it is more critical than ever that people of faith remain in the public square and make their voices heard with measured reason.

All of us, at some point in our lives, will encounter an idea or message we don’t like. It will offend us. That’s just part of living in a free and diverse country. There is much we will disagree on, but we must keep the conversation going.

People who truly worship God will never look to the state or a social ideal to solve all their ills, including the ill of being offended. Now more than ever such voices are needed in the public square.