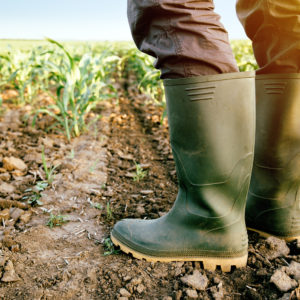 Farmers Are Hurting, and Trump’s Trade Wars Are to Blame

A handful of landmark laws have indelibly changed our nation’s history. Some, like the Civil Rights Act and the GI Bill, for the good; others, not so much.

Alarmingly, we are seeing one of the more harmful laws rising from the dead today.

Back in June 1930, after a lengthy congressional debate, President Herbert Hoover signed the Smoot-Hawley Tariff Act. The act increased about 900 tariffs just as the country was entering the Great Depression. Smoot-Hawley may not have singularly caused the most devastating economic depression of the 20th century, but it certainly deepened and prolonged it.

For the past eight decades since then, leaders of both parties have embraced the policy of economic integration. During that time, the United States became the architect of a global rules-based trading system that promoted enormous economic growth and facilitated peaceful commercial relations around the globe.

Yet today, unburdened by an understanding of Smoot-Hawley’s abysmal policy failure, President Trump is reviving a robust policy of protectionism. He has withdrawn the United States from the Trans-Pacific Partnership, a promising trade pact with Pacific Rim nations that would have opened up notoriously closed agriculture markets. He has threatened to withdraw from the North American Free Trade Agreement, which has been a boon to America’s farmers and ranchers. And he has imposed a raft of tariffs on trading partners — including close allies — that have, in turn, triggered predictable foreign retaliation heavily focused on agricultural products.

In short, Trump’s trade policies have reversed the tide of globalization and trade liberalization that ushered in the post-Smooth-Hawley golden age of free trade.

Now the bill is coming due. As the president’s trade wars have heated up over the last 18 months, farmers and ranchers have borne the brunt of the collateral damage. Agricultural exports are rapidly declining as market access, particularly in China, dries up. In fiscal year 2017, America’s farmers and ranchers exported about $22 billion worth of agricultural products to China, but the U.S. Department of Agriculture’s most recent projections suggest that exports to China will fall to just $6.5 billion for fiscal year 2019.

The Department of Agriculture recently projected that net farm income for 2019 will be down about 35 percent since 2013 and well below the inflation-adjusted average of the years between 2000 and 2018.

Trump’s trade wars are exacting an enormous toll on the American agricultural community. Farm bankruptcies and foreclosures are increasing. The Huffington Post recently reported that suicide numbers in rural America are skyrocketing in part because of the financial strain that farmers and ranchers are enduring. And though the economy has been humming along, signs that conditions are softening have emerged — in large measure due to the mercurial president’s reckless trade policies.

Not only is the cost of the president’s trade wars hurting farmers’ and ranchers’ wallets, the policies themselves have failed to achieve the administration’s goals.

Ironically, Beijing has been the biggest winner of the Trump administration’s ill-conceived idea to withdraw from the TPP. The trade deficit — a benchmark that has little to do with trade policy but has nevertheless consumed the White House’s attention — has increased about 25 percent since 2016. The laudable goal of raising China’s commercial standards has proven a total failure, even according to the administration.

Meanwhile, in a recent filing at the World Trade Organization, the U.S. Trade Representative noted that China has responded to American tariffs “not by reforming its unfair technology-transfer policies, but instead by imposing retaliatory tariffs on most U.S. goods.”

This was entirely predictable. Trade watchers knew that tariffs alone would not force a course correction in Beijing. Instead, the tariffs have ensnared unrelated industries in a massive game of tit-for-tat.

There is a better way. To help reverse the damage, the United States should rejoin the TPP, which would open foreign markets to American agricultural products and, as a welcome byproduct, create a large trading bloc committed to high-quality, rules-based trade in the booming Asia-Pacific region. Likewise, the United States should build a coalition of like-minded countries to pursue an aggressive, holistic case against China at the WTO. The United States wins more than 85 percent of the cases it brings to the WTO, and China has a decent, though not perfect, record of complying with the Geneva-based tribunal’s adverse decisions.

The genius of the WTO — and the rules-based system in general — is that it allows countries to resolve their trade disputes without triggering massive trade wars like the one the United States is waging with China right now. By and large, this system has contained the beggar-thy-neighbor trade wars that were a hallmark of the depressed 1930s. Had the United States challenged Beijing’s trade practices by bringing the case to the WTO instead of imposing unilateral tariffs, China would not have imposed retaliatory tariffs on American agricultural products — thereby sparing farm country the pain it is currently enduring.

The TPP and the WTO are not the only two tools available to the administration. It could also sanction individual Chinese companies that abuse intellectual property, steal trade secrets, and receive massive and illegal government subsidies. Likewise, it could make limited use of investment restrictions to block certain predatory investments by Chinese companies in American firms — particularly cutting-edge technology firms.

Unfortunately, the administration chose to ignore these better options and instead pursued an aggressive tariff war that is imposing crippling costs on American farmers and ranchers — not to mention consumers.

China’s commercial practices are a cause for concern, but tariffs will not cause Beijing to change course. The administration should not be conscripting American farmers and ranchers as the foot soldiers in this ill-advised trade war.

Clark Packard is trade policy counsel for the R Street Institute. He wrote this for InsideSources.com.