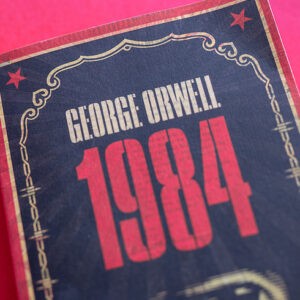 Feeling the Pain of the Orwellian Inflation Reduction Act

Today, Joe Biden and congressional Democrats have crafted a bill that would make Orwell proud. The Inflation Reduction Act does not reduce inflation. Instead, it will burden American businesses and prolong the current U.S. economic decline.

The Inflation Reduction Act is one bill in a long history of political bait and switches. Termed to fight the economic slump, the bill raises income taxes, taxes on crude oil production and imports, imposes a tax on drug manufacturers, and increases IRS auditing six times over, just to name a few. It’s a horrible policy. And just like FDR’s New Deal or LBJ’s War on Poverty, Democrats are primed and ready to accuse anyone criticizing their program as heartless. However, if you genuinely want to help Americans, tell them the truth.

We have inflation today because demand is far higher than supply. To reduce it, you can either decrease demand or increase supply. The Inflation Reduction Act does neither. For example, its 15 percent minimum tax on book income not only targets corporations with profits of more than $1 billion but also their subsidiaries.

According to Americans for Tax Reform, that’s 18,000 American businesses employing 11.7 million people. That’s a supply and a demand crunch. This tax increase, among others, will increase federal spending by $433 billion. That’s a demand spike. With these opposing provisions, the Congressional Budget Office predicts the Inflation Reduction Act will increase inflation next year and have negligible effects over the next decade.

The effect on inflation is murky, but the recessionary results are as bright as the sun. Analysis by the Committee to Unleash Prosperity says the Inflation Reduction Act will destroy 900,000 jobs. Republicans on the House Ways and Means Committee expect the act will sic 87,000 new IRS employees on taxpayers, with 710,000 audits falling on those making less than $75,000 a year. When the economy is being driven off a cliff, it is obvious Biden and congressional Democrats want to step on the gas.

It shouldn’t be this way. Economist Thomas Sowell once revealed that in the first 150 years of America’s founding, there has never been an economic recession as long or as deep as the recessions since 1930. Why? It’s because when families had to trim their budgets, the federal government did the same. When families lost sources of income, the federal government reduced its source of income and tax rates. When businesses were hurting, the government stepped out of the way so they could recover.

Today’s political belief that government intervention can cure a recession is no more plausible than drinking more alcohol to cure a hangover.

The administration thinks government spending is a gift that keeps on giving. The problem is we do not want it, nor can we afford it. Americans know how to overcome the economic obstacles they face, and they soundly reject leftists’ economic agenda. It’s no surprise Democrats are engaged in Orwellian “Newspeak” to get the socialist, woke utopia they want. However, truth does not need to be stranger than fiction. Promoting a government that lives within its means is the best way to avoid a Marxist nightmare.

Thinking of starting a small business or already having one? Then beware, the American people have been hoodwinked again. Or does President Biden think the American people are gullible and can be bribed with more government programs? Have we Americans become so enamored with free or the government-funded everything (socialist movement) of Bernie Sanders and Alexandria Ocasio-Cortez that we will disregard any form of critical thinking? Is it because we do not understand that small businesses, not big box stores and corporations, make up half of our country’s gross domestic product? Yet the administration wants to tax small businesses making at least $200,000, which is precisely what the Inflation Reduction Act will do.

Over the last six years, our society has become fixated on making the rich pay their fair share, but you can only tax one group so much before you need to look at other sources. People are unaware that these tactics hurt small businesses, many minority-owned. For example, small franchisees, personal service companies, photographers and 93 percent of McDonald’s restaurants are owned by independent local business owners.

For far too long, government powers have used these bait-and-switch tactics to bury adverse provisions in legislation their constituents will never read. The American people are bombarded with messages filled with the desire of special interest groups to say what they think we want to hear. The messaging is skewed, leaving the small-business owner in a difficult situation.

To avoid these taxes, self-employed and small-business owners may be forced to make drastic changes in their businesses to account for these new taxes. The Biden administration does not disappoint; it keeps giving a gift that keeps on giving. The problem is we do not want it.

DawnMarie Alexander Boursiquot is a member of Project 21, a black conservative organization. She wrote this for InsideSources.com.

Michael Austin is a member of Project 21, a black conservative organization. He wrote this for InsideSources.com.