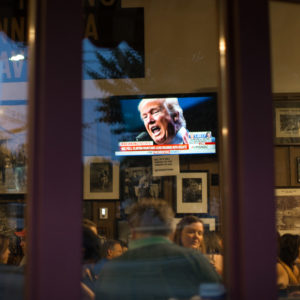 Too many Americans feel left behind by the weak economic growth and diminished job opportunities under the Obama administration. Too many people have seen their income stagnate and opportunity disappear since the financial crisis of 2007-2008.

President-elect Donald J. Trump now has a huge opportunity to make some big changes that improve people’s lives and livelihoods. Over the last eight years, the Obama administration heaped piles of regulation on top of businesses and their financiers. Trump can help get the economy moving again by implementing some meaningful regulatory relief, by himself and with Congress. Here are five simple ways he can do that:

(1) Fire Richard Cordray, director of the Consumer Financial Protection Bureau. He’s issued regulation after regulation that made it harder for people to get access to funds. Banks have in many ways stopped lending to people who lack perfect credit or to small businesses because of the new bureaucracy involved. President Trump should exercise his appointments power, fire Cordray, and install a director who will get consumer and small business credit moving again.

(2) Rescind the Department of Labor’s overtime rule that looms over America’s employers and threatens job opportunities. This rule, which will come into effect in December, will force businesses to pay time-and-a-half to salaried employees who earn up to $47,476 a year. Instead of getting a raise, many employees will see their work terms changed or switched to hourly status as businesses scramble to avoid the sudden, budget-busting mandate. The new rule will affect around 5 million employees, many of whom work at universities, nonprofits or startups that rely on dedicated people working longer hours out of love for their job and mission. If left in place, the effect on startups alone — one of the bright spots of economic growth — could be devastating.

(3) Encourage the sharing economy. Platform apps like Uber, Airbnb and Handy have allowed people to make up income shortfalls or earn extra cash by making better use of their cars, homes or skills. Unfortunately, regulators at the Department of Labor and elsewhere have been moving to restrict these opportunities, for example, by having Uber drivers declared employees of the app firm. That increases labor law liability and significantly reduces the number of those jobs available. The new president should call off the labor regulators and allow sharing economy firms to expand. He should appoint an official in charge of looking out for people in the sharing economy throughout the regulatory process.

(4) Work with Congress to repeal Dodd-Frank’s notorious Durbin Amendment. It restricts fees banks can charge merchants for use of their debit card networks — which just meant banks passed on these extra costs in the form of higher annual fees, offered fewer free checking accounts, and ended debit card reward programs. By one count, these extra costs may have forced a million poor Americans to stop using bank accounts at all. It’s time to recognize the Durbin Amendment is a failure and get it repealed.

(5) Negotiate a free trade deal with Brexit Britain. The president-elect may look askance at trade with China and Mexico, but he has no such worries about Britain, one of America’s biggest mutual trading partners. And as luck would have it, Britain is now looking to conduct its own trade deals following its exit from the European Union. Mutually beneficial exchange of goods and services could easily generate billions of dollars of wealth on both sides of the Atlantic, instill market confidence, and help quell worries about a global trade war. President Trump’s new U.S. trade representative should invite U.K. Secretary for International Trade Liam Fox to Washington for talks, ASAP.

Trump could set these measures in motion very quickly, and hard-strapped Americans would start to see real change. We must begin to lift at least some of the $1.9 trillion burden regulation imposes on the economy every year. All Americans, whether they voted for Donald Trump or not, could get behind that.