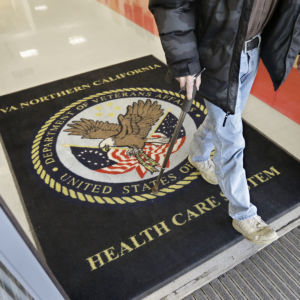 What does it say about the state of the Department of Veterans Affairs when the agency can’t even be trusted to tell the truth to the president of the United States?

That’s precisely the situation at the Little Rock, Ark., VA medical center. There, VA employees lied about patient wait times, then lied to federal investigators about doing so, and Little Rock VA leaders refused to fire those responsible.

But apparently VA officials were too ashamed to admit no one would lose their job over the hospital’s fraudulent wait times. Instead, they tried to hide the truth from veterans, the public and even the president of the United States, falsely telling federal Office of Special Counsel investigators, who were preparing a report for President Obama, they planned to fire one of the responsible employees.

Similar instances of dishonesty and incompetence continue to play out at VA health care facilities across the nation, with little to no consequences for the responsible employees. That’s because dysfunctional federal personnel rules are forcing the VA to keep bad workers on the payroll, doing a disservice to the many hardworking and honest VA employees, the taxpayers that fund the department, and the veterans VA is charged with serving.

Indeed, nearly every day the VA is engulfed in a new crisis or scandal, yet the department is unable to discipline the employees responsible.

The tragic human toll of this broken status quo is evident in the stories of delayed and bungled health care procedures that routinely emanate from the VA. But this grim reality is also costing taxpayers. In fact, VA’s incompetence has cost taxpayers $848 million in legal settlements – many of which were associated with medical malpractice – in the past five years alone.

Enough is enough. If the VA is ever going to change its culture, we have to give its leaders the ability to hold their worst employees accountable. That’s exactly what H.R. 5620, the VA Accountability First and Appeals Modernization Act of 2016, would do. It would provide VA leaders with the tools they need to finally reform the department into an organization truly responsive to the veterans it is charged with serving.

In the words of VA’s former top benefits executive, a complex maze of bureaucratic red tape makes it “almost impossible” to discipline problematic employees. That’s why the VA is forced to keep sex offenders and armed-robbery participants on the department’s payroll, no matter how egregious their behavior. And on the off chance the VA is able to successfully discipline an employee, the process can take years to complete because the standard of evidence the VA must meet is similar to what’s required to convict a criminal in a court of law.

H.R. 5620 would replace this madness with common sense, while protecting the due-process rights of employees. The bill would shorten the firing/demotion/appeals process for rank-and-file VA employees from more than a year on average to no more than 77 days. It would provide VA whistleblowers with a means to solve problems at the lowest level possible, while offering them protection from reprisals and mandating strict accountability for those who reprise against them. It would give the VA secretary the authority to recoup bonuses and relocation expenses from misbehaving employees and reduce the pensions of senior executives convicted of felonies that influenced their job performance.

For too long, VA bureaucrats who can’t or won’t do their jobs have used every trick in the book to keep themselves firmly entrenched in the agency’s bureaucracy. H.R. 5620 gets rid of these loopholes, which have been unfairly forcing veterans and the many good VA workers to deal with deadwood employees for years.

This week, the House will vote on H.R. 5620, and we will be proud to support it. It’s a commonsense solution to an obvious problem that provides a Better Way of doing business at the Department of Veterans Affairs. America’s veterans and taxpayers deserve no less.

Rep. Jeff Miller, R-Fla., is the chairman of the House Committee on Veterans’ Affairs, and Rep. Kevin McCarthy, R-Calif., is the House majority leader.