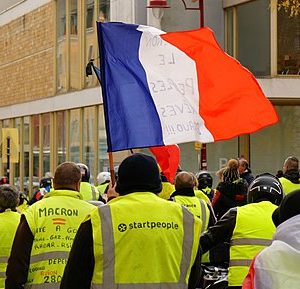 From Seattle to Streets of France, a Message to Lawmakers on Energy Policy

With Democrats poised to assume control of a significant part of federal legislative policymaking and oversight at the beginning of the 116th Congress, familiar names and even some new faces are beating the drum on climate change. They are tossing around poll-tested phrases such as “green new deal” and even recycled ideas such as the “carbon tax.” Yet, if they are interested in the art of the possible, they should remain mindful of world events and listen to the voters who propelled them into the majority.

From France to Australia, hundreds of thousands of protesters are demonstrating in response to their governments’ oversight on matters related to climate. In Paris, intense opposition to higher taxes on transportation fuels — a centerpiece of the French government’s comprehensive program to reduce carbon emissions and fight climate change —  caused President Emmanuel Macron to back down. In Canberra and Sydney, protests targeting Prime Minister Scott Morrison are being led by students — many of whom are not much younger than some incoming members of Congress in America — demanding action on climate change.

The demands of organizers in both countries are neither liberal nor conservative. They share a fundamental concern about their future. They want jobs and a strong economy to provide a living wage that the government doesn’t undermine with a new layer of taxes. Should there be a burden as a result of acting on the widely accepted understanding that climate change is happening, they want it to be shared equitably. This is a valuable lesson for state and federal lawmakers in the United States who certainly will want to avoid the problems currently plaguing Macron and Morrison.

Several U.S. agencies recently released a National Climate Assessment, which warns of the pending economic hit every state and citizen could face if climate change continues at its current pace. However, recent midterm election ballot initiatives tied to climate in several states across the West fell, decisively, short. In Washington state, for example, a comprehensive political strategy and tens of millions of dollars spent on a campaign in support of carbon pricing failed — for the second time.

Washington’s tax would have raised gas prices as much as 59 cents a gallon by 2035. The state is already plagued with the third-highest gas prices in the country, so more pain at the pump coupled with even a modest rise in electricity rates was just too much for them to swallow. A study from the National Economic Research Associates estimated that the state tax would cost the average household hundreds of dollars more per year and would actually reduce state economic growth by 2020.

However, analysts and elected leaders would be mistaken to correlate ballot initiative losses in Washington — as well as in Arizona and Colorado — with a lack of public support for reducing carbon emissions. Americans want their elected officials on both sides of the aisle to work together to fund cutting-edge energy research, decrease regulations and taxes on energy innovators, and open new markets to domestically sourced, clean energy. Policies that protect the safety, health and financial well-being of families remain popular and politically viable.

The lessons learned from recent events in Paris, Sydney and even domestically in the state of Washington show that voters want action on climate change; however, liberal attempts to use climate change to justify new channels for tax increases and expansion of the regulation state will face intense public backlash. More succinctly, it’s a political nonstarter.

Bipartisan consensus already exists around common-sense solutions that reduce emissions, increase job creation, support domestic manufacturing, and drive American competitiveness on the world stage. With a clear path forward, the choice of whether to pursue it rests with politicians now tasked with finding solutions and getting results. Merely passing the buck or pursuing policies that voters have already rejected will likely ensure our leaders’ time in power to be short-lived.