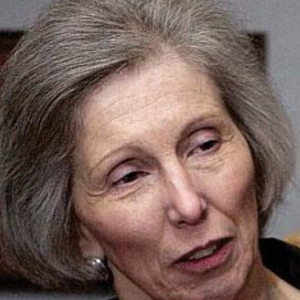 The U.S. Senate race in New Hampshire is also being fought by proxy in Colorado, with Centennial State Democrats making an evidence-free accusation against a charitable organization created by a Granite State Republican.

“It’s a textbook political smear,” Corky Messner said. He’s the GOP candidate for U.S. Senate in New Hampshire, but the Democrats have accused him of being an interloper from Colorado, where he owns a home and raised his children. It’s also where his law firm — Messner Reeves LLP — has a charitable organization, the Messner Foundation. (Messner is still listed as the foundation’s president.)

“Some Democrats out there, including two former state-supreme court justices, filed a complaint with allegations, quite frankly the allegations are hard to follow, and then the allegations made their way to the media,” Messner said.

The details are convoluted and in the weeds, perfect for a “textbook political smear.”

The allegation, made in August, is that the Messner Foundation fraudulently misused funds raised through the sale of raffle tickets.

Instead of using the funds for scholarships for individual students, as had been advertised, they used them to give a grant to the private school attended by Messner’s sons — that’s the charge. In addition, the group of Democrats allege that the foundation deceived raffle-ticket buyers in 2015 when it said the funds would be used for scholarships — because the first scholarship was not awarded until 2016.

Messner, his law firm and the Messner Foundation have all vehemently denied that funds raised in the raffles were used in any way other than advertised: for deserving students.

The Messner Foundation brought in an attorney, Stanley L. Garnett, from Brownstein Hyatt Farber Schreck, to perform an independent investigation into the allegations. Garnett, who ran for state attorney general as a Democrat in 2010, then hired a third-party consulting firm, Alvarez & Marsal, to perform an audit of the Messner Foundation’s financial records and tax filings.

“Thanks to the support from the Messner Foundation, I will be the first in my family to graduate with a college degree,” said University of Denver student Majarlika Diane Villaruel-Mariano in a statement provided by the Foundation.

“The slanderous and unfounded implications within the complaint have been found categorically false and we expect immediate action from Colorado Attorney General Phil Weiser to affirm the audit’s findings and thus dismiss the complaint for exactly what it is,” read a statement from the foundation after the audit.

According to the Denver Post, virtually all of the named complainants in Colorado have strong ties to the Democrat Party. Mary Mullarkey and Jean Dubofsky are both former Colorado supreme court justices appointed by a Democrat governor. Tom Korson is Mullarkey’s husband and volunteers for Denver Democrats. Rollie Heath is a former Democrat state senator, and his wife Josie Heath was a delegate to the Democrat National Convention.

“Justice Mullarkey is known widely in Colorado as one of the most liberal Justices in the history of our state,” said Kelly Maher, a GOP consultant in Colorado. “She is just absolutely hyper-partisan. She’s one of those ‘the law says what we feel it should say’ types.”

Garnett (the Messner Foundation’s attorney) has filed a request with the Colorado secretary of state and attorney general to dismiss the complaint against the foundation as “patently and demonstrably false:”

The bad faith of the complaint is evidenced by its unquestionably willful conflation of the Messner Foundation’s activity before 2015 — when it had not solicited a cent from the general public, and had not yet instituted a scholarship program — and after 2015 when it began awarding scholarships.

This past Monday, Garnett issued a demand letter to Mullarkey et al. to withdraw their complaint immediately or face legal action:

One day later, just one week before the election, Mullarkey and the other Democrats withdrew their complaint against the Messner Foundation.

Max Ledoux is the technology director at Ricochet.com and lives in New Hampshire.