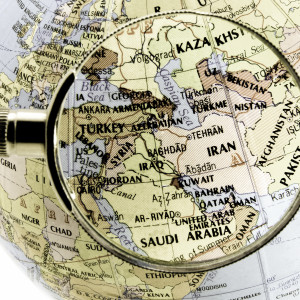 How To Think About Iraq

If the fall of Fallujah was like a jab in the face, then losing Mosul was a body blow to the American psyche. The news has been especially tough on Iraq War veterans. The images of supposed mass executions by fighters of the Islamic State of Iraq and the Levant (ISIL) are disturbing, and the potential for reprisal killings by Shia militants are even more alarming.

Our visceral reaction to the news out of Iraq, underscores a well-established psychological phenomenon called loss aversion bias:  we hate losing what we previously thought we had, often to the point of irrationality. The combination of emotions and psychological bias is powerful; that same place in the mind is where the urge to settle old scores and re-engage in a not-always-factual blame game comes from. Conservatives have spoken out defending their decisions, while liberals make the same mistake, often speaking as if they all knew that Iraq was going to blow up all along.

Rehashing old arguments heightens emotions and clouds smart decision-making. By contrast, clear discourse is exactly what the Iraq situation calls for: a deliberate process for determining what can be done, what should be done, and who should do it. Deliberate and objective analysis about the problem at hand, our options, and our long-term interests, must all be fed through a thorough and legal process. Moreover, this is a conversation that must extend beyond the bubble of Washington.

First, we must define the problem at hand and take a hard look at the reality of the situation. In the short-term, ISIL is chomping up territory daily—making air strikes, for instance, much harder to plan. However, long-term problems set the conditions for ISIL’s march to Baghdad: corruption, weak institutions, and political in-fighting. Any backwards movement on political reconciliation or power sharing by the Maliki government could further demoralize an already weakened national army.

Second, we have to define what options we have on the table. The choice is not between military action and nothing; diplomatic routes include partnering with allies like Turkey on humanitarian projects or working with Iran to pressure the Maliki regime. We should be wary of those trumpeting quick and easy solutions via the business end of a laser-guided bomb. Accurate targeting information is essential to differentiating between ISIL militants, armed Shia militiamen, Iraqi soldiers, and the civilians stuck in the middle of the quagmire. As retired Air Force Lieutenant General David Deptula says, “Militarily, we can do just about anything we want. The question is, ‘To what end?’”

And finally, we must weigh America’s interests. ISIL’s dream of an independent caliphate made up of ground that was previously sovereign Syrian and Iraqi territory would be a safe haven similar to what the Afghanistan was for Al Qaeda pre-9/11 a point lost on some commentators. Perhaps the only way to get Maliki to accept political reforms and hold his state together is to join forces with Iran, but that means allying with the very country helping to drive the conflict in Syria, which is where Sunni extremists operating in Iraq originated. Even more complex, recall that the US is currently supplying non-lethal aid to “moderate” Syrian rebel groups fighting both the Iranian-backed Syrian regime and ISIL.

With such a tangled web of problems, there are different courses of action to consider and choices to make. Is the long-term future of Iraq important enough to work with the Iranians to stabilize Iraq, despite the paradoxical policy in Syria? Would the expected value, to borrow an economist’s term for future benefits, gained from a stable Iraq be enough to offset the short-term contradiction in US foreign policy? Any potential actions should be ranked by feasibility, effectiveness, and costs. These actions—diplomatic, economic, and military—should also be considered together since these levers work better if pulled in concert.

President Obama’s analogy of foreign policy as baseball has been criticized by many. It is appropriate in one sense though: in our dealings with the world, not swinging at all often means taking a strike. When the enemy is free to drive the pitch count, you don’t draw many walks. To get hits, you have to swing at the ball. So should we swing? Or let the pitches go past? That’s a question that the American people should be contemplating, discussing, and debating.

Broadening the conversation about Iraq means that the debate must transcend the foreign policy establishment and the mainstream media. Everyone has skin in the game, especially as we consider the fact that the projected costs of the Iraq and Afghanistan wars is somewhere in the $4-6 trillion dollar range. Veterans have the right to get emotional about what is happening considering how much they invested, but the decision going forward belongs to all Americans. Anything less than a full national conversation about Iraq runs contrary to the spirit of a government by the people. We own this decision and should own up to it as well.