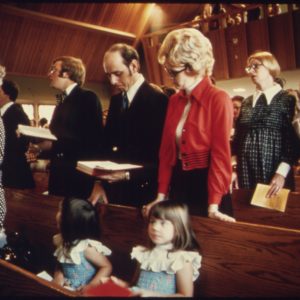 In Choice Between Gamblers and Churchgoers, Government Officials Are Loading the Dice

Posted to Politics June 30, 2020 by Ryan Tucker and Angela Sailor

In tumultuous, unpredictable times like these, Americans traditionally tend to embrace one of two options: Deity or diversion.

The first is exemplified by a return to church and faith traditions, the second by renewed zeal for shopping, amusement parks and maybe even casinos.

This year, the Glorious Fourth falls amid a resurgence of all those activities, although some state and local governments have been considerably more supportive of the diversions than the gatherings of the faithful.

Across the country, some elected officials have been reluctant to constrain businesses and restaurants, park crowds and gamblers, in the face of COVID-19 — but all too willing to restrict religious gatherings and expression.

Many of those restrictions have been terribly inconsistent. Gambling halls and amusement parks involve large gatherings of people in close proximity for extended periods of time.

Yet a disturbing proportion of our elected officials seem to think those rolling dice or riding coasters should be allowed to make their own decisions, while many churchgoers are denied that same freedom.

This discrepancy is not a matter of respectful adherence to health directives; most of those attending churches, cathedrals and synagogues have been at least as conscientious about sanitizer and social distancing, masks and moderation, as those at the blackjack tables, drive-through windows and checkout counters.

So, if the disease doesn’t know the difference based on your locale, and both groups (let’s be generous) are obeying government health directives, and yet one group is being sidelined while the other is granted carte blanche, we’re left with the supposition that some government officials prefer secular views more so than religious ones.

The Fourth of July is as good an occasion as any for reflecting on that unequal treatment, and its antipathy to what America has stood for since the first damp Pilgrim shoe touched down on Plymouth Rock: religious freedom.

The Pilgrims certainly counted the odds before setting sail on disease-ridden, storm-tossed ships for the long journey to a strange and unexplored land. But they didn’t do it to ensure better gambling opportunities for themselves and their families.

The citizens who tossed tea into Boston Harbor took on the world’s most formidable army at Lexington green and Concord bridge, and penned their names on the Declaration certainly understood the need to take chances — but they didn’t risk everything to ensure more tavern traffic.

On the contrary, the first priority of those who founded this country — pioneers and patriots alike — was religious liberty. That’s what brought them to these shores, that’s what decided where most of them settled, and that’s the theme they took most care to weave into our nation’s sacred, foundational texts.

They wanted a home, they wanted influence, they wanted prosperity — but even a cursory glance at the writings of our Founders shows that religious liberty was, for the great majority of them, a fundamental freedom they deemed precious enough to justify all the sacrifices of blood, time and treasure.

All those fireworks explosions through the years may have made us tone deaf to what our nation is about, but we are a country founded less on the right to shop and play than on the freedom to worship and pray.

People of faith know better than anyone that our nation does not make religious belief a priority in the way it once did. We are not asking for special treatment — for outsized privileges — for the establishment of a theocracy. We are simply asking for equal treatment.

And on this day that all the world marks as a major milestone in the course of human freedom, it seems only right to refocus on who Americans declared themselves to be on that day of their birth: the people who would gamble everything for the right to worship and live out their faith.

Ryan Tucker is senior counsel with Alliance Defending Freedom and director of the ADF Center for Christian Ministries. Angela Sailor is vice president of The Feulner Institute at The Heritage Foundation. They wrote this for InsideSources.com.