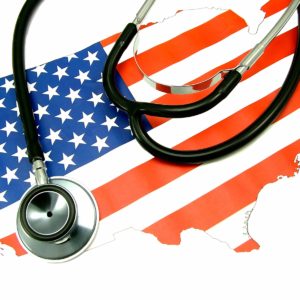 The Iowa Department of Public Health (DPH) recently released its first ever supplement to the 2017 American Health Rankings, which had Iowa ranked 15th in the nation based on overall health indicators. The DPH supplement also uses data from five other national health ranking reports released in 2017. The report is the first of its kind, according to Jon Durbin of DPH, who said that its purpose was to “keep the conversation going” about Iowa’s lowest scores on the list of rankings indicators.

Alcohol consumption had the highest number of low scoring indicators, with 38 out of 54 indicators ranking Iowa at 40th in the nation, or worse, as well as 18 out of 40 indicators for obesity, three out of 18 for tobacco, 14 out of 15 for arthritis pain management, and nine out of 13 for falls.

As to how the supplemental report will be used to address the state’s low scoring health grades, Durbin said that the main goal of the report is to help influence policy makers and stakeholders in creating policy and beginning initiatives that address the indicators. Last year, after producing their own 2016 health assessment with direct data used by American Health Rankings and other reporting centers both in and out of state, the DPH created a health improvement plan spanning five years, from 2017 through 2021. Within the plan are 23 specific issues outlined as a priority from analyzed data, and steps that can be taken from public and private stakeholders. Each of the 23 issues has direct amounts by which to impact populations, such as ensuring healthcare equity and reducing the amount of Iowans who overdose on opioids.

Durbin said that there is no direct consequence for not achieving the goals, however, in 2021, a new assessment will be done to evaluate for a measure of progress. Durbin says he does predict that Iowa will perform better than its current ranking, even if some areas are statistically hard to reduce.

“Obesity is really challenging,” Durbin said. “There isn’t really any state performing well on obesity. It’s probably going to be something still here in five years. Substance abuse and alcohol use are not going to go away entirely, but there are a lot of issues that would. I think it will improve. It will still be an issue because with health, you’re affected throughout your life. There’s always going to be something that affects your health. What this report brings to light is the determinants of health through indicators like health equity and other determinants, like income and education.”

Durbin said that while Iowa did rank 30 or lower in 279 indicators, the state also ranks 29th or better for over 1,000 indicators. Iowa ranks in the top 10 states in the country for more than 20 percent of indicators. Overall, he said, the report isn’t necessarily bad news. Iowa ranked 19th on the 2017 Senior report (American Health Rankings), 8th on the 2016 Health of Women and Children Report (American Health Rankings), and 6th on the Commonwealth Fund 2017 Scorecard on State Health System Performance.