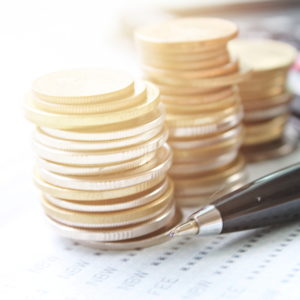 According to Bureau of Economic Analysis Economist Jeff Newman, Iowa’s most recent ranking is the result of mainly a reduction in farm and construction incomes, as well as a reduction in transfer receipts in the form of a decrease in Medicaid payments to individuals for services. While the decline in transfer receipts was a rate change of -0.5, the data shows that Medicaid payments declined substantially between 2016 and 2017, approximately $517 million. The only reason the rate of change wasn’t larger was because the state increased social security and Medicare payments during this timeframe. For perspective, Nebraska saw a 3.0 percent increase in transfer receipts in the same time period, raising the personal income growth in the state by over one percent. The Bureau classifies Medicaid payments a portion of a person’s income because they are receiving a monetary service, used to pay for healthcare.

Iowa switched to a privatized system to disburse Medicaid benefits in the form of having Managed Care Organizations (MCOs) run the program. After getting off to a slow start, the program began in the beginning of 2016, with three MCOs running the program. Last fall, the state lost an MCO on the count of that providing services was costing the MCO too much money to operate. In the fall out, one other MCO said that it would not be taking on the remainder of enrollees, leaving the state with one MCO to absorb the enrollees. MCOs have complained about the fact that the state was not paying the appropriate Medicaid allotment per capita to run the program. Providers have publicly complained at public hearings over the matter, stating that they perform services and often do not receive payment for those services.

“The Department is working closely with the MCOs to ensure prompt and appropriate payment to Medicaid providers,” said Communications Director with the Department of Human Services Matt Highland. “While we’re hearing from providers that claims are being paid more timely, and the situation is improving, there may be some older outstanding claims that the MCOs are working to resolve. The Department will continue to monitor this and is committed to providing strong oversight of our managed care partners.”

The second largest impact on the state’s personal income growth was farm in come. Here, income decreased from 2016 to 2017 by 0.84 percent, or approximately $1.212 billion. When comparing Iowa with the remainder of the “Plains” category of Nebraska, Kansas, Missouri, North Dakota, South Dakota, and Minnesota, the entire region lost a total of approximately $5.081 billion in farm related income. Kansas was the second highest in the region, behind Iowa, losing approximately $902 million in farm related income.

The largest personal income growth was found in Iowa’s manufacturing sector for durable and non-durable goods, equating to approximately $675 million dollars from 2016 to 2017.

Overall, Iowa’s annual personal income per capita from 2016 to 2017 was approximately $45,996, ranking 28 in the country. However, back in 2011, then-Iowa-Governor Terry Branstad set out a goal to increase family income in the state by 25 percent. In 2011, the per capita annual income according to the Bureau of Economic Analysis was approximately $40,470, with a 25 percent increasing raising that income level to approximately $50,587, annually. Having a little less than a year as the acting Governor of Iowa, Kim Reynolds (Branstad’s Lt. Governor), has campaigned on increasing Iowans’ income through job training and education, and has a key law (The Future Ready Iowa Act) following her into the campaign season. The $20.6 million legislation aims to increase the state workforce’s education or training beyond high school to 70 percent the year 2025, with the parallel intent to increase family incomes.

However, given President Donald Trump’s action on imposing tariffs on foreign steel and renegotiating NAFTA, as well counter tariffs by the Chinese on Iowa pork, the state of Iowa’s annual farm income could drop even further, slowing wage growth, or even decreasing wages.