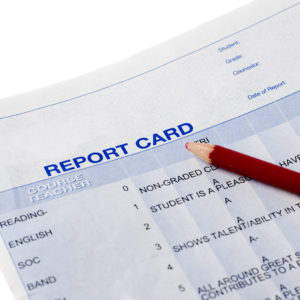 For the third year in a row, the reading proficiency scores of Iowa students have taken a slight dip across multiple grade levels, according to data from the Iowa Assessments.

The Iowa Assessments, administered in the spring to students from third through fifth grades, eighth grade and 11th grade, are Iowa’s standardized tests upon which the state measures its standards.

“Overall school ratings reflect a decrease in proficiency rates,” said Staci Hupp, communications director for the Iowa Department of Education. “We set long-term goals for proficiency in reading and math as required by the U.S. Department of Education. These proficiency goals were based on the current state assessment, which will be taken for the last time this school year. Proficiency goals will change when we have a new assessment in place for the 2018-19 school year.”

In addition to 11th grade proficiency, third grade is an important year for test scores, as highlighted in recent legislation dictating student performance in third grade as a predicate before continuing on to the fourth grade. Since 2014, Iowa’s third grade proficiency rate has gone from 77 percent to 75.4 percent.

Earlier this year however, with the passage of the 2018 education budget, state lawmakers removed the mandatory clause that said that the third graders who were not proficient in reading would have to attend summer school, which had already been pushed back to 2018. Many school districts across the state questioned how they were supposed to fund a summer school with continued cuts to education funding. In addition to removing the mandatory summer school requirement, the legislature also removed a retention requirement that would stop a third grader from progressing to the fourth grade if they were not proficient in reading by the end of his or her third grade year.

“While the summer school and retention components are gone from the early literacy law, the law remains and so does our resolve to ensure Iowa students are successful readers,” Hupp said. “Iowa’s school districts, area education agencies and the Iowa Department of Education have worked together to put in place an early warning system to identify struggling readers early on and to get them back on track.”

The overall proficiency scores for Iowa factor in the scores of all students who take the assessments, including subgroups.

As this is the last year that students will take the current Iowa Assessments, Hupp said that the accuracy of what educators are measuring will increase greatly next school year, when the state’s current testing system will be discontinued and replaced with a new one. Hupp also said that next year will be the first year that assessments will be used for accountability measures under the state’s Every Student Succeeds Act (ESSA) plan.

Hupp said that every school district screens students from grades kindergarten through third grade, three times a year in reading skills, and provides additional reading instruction to students who need it.

“We’re seeing great progress in this early warning system,” Hupp said. “When we look at growth from the fall of 2015 to the spring of 2017, the percentage of K-3 students who met or surpassed benchmarks on early literacy screening assessments grew about seven percent. This translates to about 14,000 students. We’ll also be working to implement a blueprint of best practices to help teachers work with students who are struggling to read.”

Despite Iowa’s small but consistent declines in reading proficiency, the state still ranks number one in the nation in graduation rates, according to the National Center for Education Statistics Report, at 91.3 percent. The second place state is New Jersey, at 90.1 percent.

“We know we have work to do to improve our assessment results,” Hupp said. “And we have the right initiatives in place to strengthen instruction and prepare students for success in high school and beyond. At the same time, we’re seeing positive movement in other important areas, including graduation rates and early literacy results.”