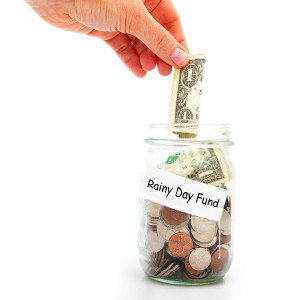 Is Your State Prepared for a Recession?

With 2016 upon us, many states now begin the difficult work of ironing out their next budget. And with the markets off to one of the worst starts in history, the painful choices made necessary by the Great Recession are no doubt still fresh in the minds of veteran policymakers. But does that mean states are truly prepared for another downturn?

It depends on which state you live in, according to my new Mercatus Center at George Mason University research comparing each state’s “rainy day fund.”

State government revenue is generally very sensitive to the health of its economy. The federal government can borrow to cover budget shortfalls, but most state governments have some form of a balanced budget rule along with borrowing constraints, which limit their options for dealing with the sudden declines in revenue caused by a slowing economy.

Most states use a Rainy-Day Fund (RDF), sometimes called a Budget Stabilization Fund, to save for a recession. RDFs are useful to supplement revenue when it dries up, helping to avoid tax increases or spending cuts to vital services during an economic downturn.

This is especially important because revenues tend to recover very slowly after a recession. For example, the Great Recession started in December of 2007 and “ended” in June 2009. As a nation, gross domestic product fully recovered to pre-recession levels in the third quarter of 2011, but state government tax collections didn’t recover until 2014.

Despite states having accumulated savings equal to 11.5 percent of expenditures in 2006 (much greater than the historical average of 5.7 percent), the RDFs were generally wiped out by 2009 and 2010, due to the severity and duration of the Great Recession. The tax increases and spending cuts that followed in most states would have been much larger had it not been for these RDFs.

That leads to an obvious question: How much should each state save to weather a downturn without any tax increases or spending cuts?

If we knew how long and how severe a recession would be, the answer would be obvious. Unfortunately, we don’t, and to make matters worse, not every state is affected in the same way in every recession. Some states experience more volatile business cycles than others.

As such, states that are likely to experience longer or more severe downturns should save more than states with a history of relatively short or mild slowdowns. In addition, a state’s tax policy—for example, whether it relies more on sales taxes or income taxes, and how each are structured—also plays a critical role in how state finances react to economic downturns.

By measuring how quickly each state’s economy has grown during expansions, shrunk during recessions, and how long these periods have lasted, we can calculate how large of a budget shortfall each state is likely to experience during a mild, average, and severe economic slowdown. Comparing this information with the actual amount each state has already saved gives us an idea of how prepared each is for the next recession.

Alaska, West Virginia, Nebraska, Iowa, South Dakota, Texas, Wyoming, Indiana, Florida, and South Carolina are the 10 most prepared for a downturn. They should have enough saved to offset 80 percent or more of the revenue they’d be likely to lose.

At the other end of the spectrum are Illinois, Pennsylvania, and New Jersey—which have only enough savings to weather a very mild economic downturn.

Whether your state is relatively prepared or unprepared for the next economic downturn, the good news for taxpayers and for people who rely on government services is that smart policymakers will learn from the past. States that save more money in anticipation of a future rainy day won’t be quite so jittery when the storm clouds begin to gather.

Erick Elder is a professor of economics at the University of Arkansas at Little Rock, and author of the new Mercatus Center at George Mason University study “Weathering the Next Recession: How Prepared Are the 50 States?”