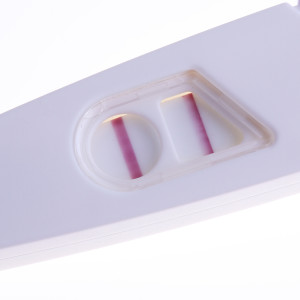 For many, the news of a pregnancy, even if unexpected, is joyous news. For someone who is struggling to make ends meet, an unintended pregnancy can lead to serious financial repercussions. With bans on abortion coverage, many people cannot afford the out-of-pocket cost of an abortion. The stakes are high: Someone who seeks an abortion but can’t access one is three times more likely to fall into poverty than someone who is able to get an abortion.

Advocates have spent decades defending the right of all to make choices about what is best for our own bodies — including whether to have an abortion. The historic decision in the Supreme Court case Roe v. Wade guarantees the right to have an abortion, but what good is that right if the nearest abortion clinic is too far away, or if someone cannot afford to pay for the procedure and their insurance refuses to cover it?

The right to abortion is nothing without the means to access affordable abortion services.

All too often, we talk about the political aspects of the right to abortion, but we don’t talk enough about the links between access to abortion and economic security.

That could change. On April 28, we will join members of Congress and leaders from organizations around the nation — including labor, economic justice, women’s rights and reproductive rights groups — for the first conversation on Capitol Hill about the connection between financial autonomy, economic security and the right to choose.

It’s time for us to get serious about barriers to access. Folks across the country are finding it harder and harder to access reproductive services because some politicians are seeking every possible method to shut down clinics and reduce the number of people who qualify for services. Whether by requiring clinics to gain admission privileges to nearby hospitals or limiting the maximum length of time during which a pregnancy can be terminated, politicians are trying to ensure that we only have the right to choose in theory, not in practice.

Reps. Barbara Lee, Diana DeGette, Louise Slaughter and Jan Schakowsky introduced the Equal Access to Abortion Coverage in Health Insurance (EACH Woman) Act in July 2015. This bill ensures abortion coverage for everyone, regardless of income, insurance carrier status or ZIP code. To ensure that bills like this that address economic barriers to abortion access have a chance at passage, we must shift the conversation on the Hill about what it means to have not just the political but the financial and practical means to have an abortion.

At URGE, we’ve taken the campaign for the EACH Woman Act on the road. This month we launched our National #AbortionPositive Tour, along with All* Above All, visiting 10 campuses in five states. We’re tackling all barriers to abortion access, including abortion stigma.

At each stop we are helping young people take action to support abortion access in their communities, including contacting their legislators about the EACH Woman Act. The students we’ve met are excited to take this proactive action, unfortunately like women in the 1960s, young people today continue to face often insurmountable barriers to reproductive health care.

For young people, low-income women, women of color, people with disabilities, people in an unstable home — for all of these people and more, we need to expand our understanding of abortion as more than a political football.

It’s time to have the full talk, and so we are having it. We are excited to be a part of a bold conversation on Capitol Hill that has the potential to reshape political discourse surrounding reproductive rights and economic security. It is our responsibility as politicians and advocates to stand up for all people, regardless of their socioeconomic status, because all of us have the right to decide what’s best for our families, our bodies and our lives.

Kierra Johnson is the executive director of Unite for Reproductive & Gender Equity (www.urge.org).