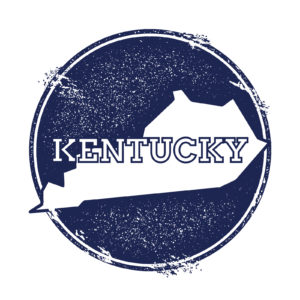 According to a recent report by the PFM Consulting Group, a firm retained by the state government to study Kentucky’s pension plans, the state’s retirement systems are in dire shape, and measurements by Standard & Poor’s shows the commonwealth has enough assets to pay out only 37 cents of every pension dollar that has been promised to government employees.

Some plans — such as the Kentucky Employees Retirement System’s Non-Hazardous Plan (KERS-NH), the primary plan used by state employees — are in even worse shape. According to accountants, in fiscal year 2016, KERS-NH had enough assets on hand to pay out only 16 cents of every dollar promised, giving KERS-NH the dubious distinction of being “one of the most challenged pension programs in the nation.”

In total, Kentucky pension plans owe $33 billion more than what they’re able to pay. Divided equally, each Kentucky citizen is on the hook for about $7,437.46 in public pension debt. If the problem is allowed to continue to fester, taxpayers will ultimately be forced to make up the difference, likely in the form of higher taxes and/or cuts to other government services.

By using overly optimistic assumptions and other accounting gimmicks, the state’s pension board has essentially cooked the books for years and made the funds they manage appear more financially sound than they really are. They did this by assuming their funds would soundly beat the market, receiving between 6.75 percent and 7.5 percent return on investments over a 10-year period. Plainly stated, this is a ridiculous assumption that no private-sector investor would ever promise.

If Kentucky lawmakers choose to do nothing about these problems, they will effectively be forcing taxpayers to endure an inevitable flash flood of red ink. But unlike a real flood or other act of God, the public pension crisis in Kentucky, and in other states, can be stopped by sound public policy and common sense.

Kentucky Gov. Matt Bevin recently released a plan for changing the state’s public pension laws. It would put new government employees in 401(k)-like defined-contribution plans that are similar to those enjoyed by most people in the private sector.

By shifting from generous taxpayer-funded, defined-benefit plans to a defined-contribution model, state pension boards in Kentucky and elsewhere can work to keep their promises to government workers, safeguarding taxpayers against future economic downturns.

Lawmakers in states across the country should learn from Kentucky’s mistakes and work to establish sustainable systems in their own states. Failing to do so could result in economic disaster.