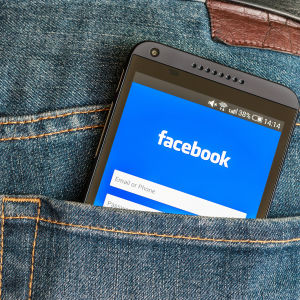 If you haven’t been closely following the net neutrality wars, you may be surprised by the sudden uprising against “zero-rating” – the practice of mobile providers, ISPs or content sites to make specific applications or services available to users either for free or without counting against the user’s data cap.

In an effort to make the Internet accessible to the billions of mostly poor people around the globe who are still not online, Facebook has been one of the most active proponents of zero-rating. Through its Free Basics program, the company has been partnering with mobile operators around the globe essentially offering a stripped down version of the Internet for free. According to Facebook, their program can potentially give more than a billion people across Asia, Africa and Latin America their first access to vital Internet services like communications, health care, news, education, job listings and yes, Facebook. In India, for example, Facebook says that users of Free Basics can access 80 different websites and applications without paying any wireless or data charges.

But in the U.S., zero-rating is the new gall and wormwood of the net neutrality purists. They have directed their moral outrage, public relations expertise and funding to attack zero-rating initiatives like Free Basics at home and abroad — most recently stopping the service from being offered in India, a country with one of the lowest Internet penetrations rates in Asia.

In April of last year, Sir Tim Berners-Lee’s World Wide Web Foundation filed comments with India telecom regulators arguing that Facebook’s zero-rating plan was a short-term gain that wasn’t worth the long-term cost for the country. The Foundation explained that zero-rating is counter to its vision for “all of the people to have access to all of the Internet, all of the time.”

Like Sir Berners-Lee, other U.S. net neutrality activists also insist that it’s better that the world’s impoverished simply do without than transgress the sacred tenets of net neutrality

With all of the high moral dudgeon being batted around, it is worthwhile to step back and look at what is fueling this worldwide uprising. Simply put, zero-rating is one side of a global race among U.S.-based Internet companies to get the 5 billion eyeballs not yet online using their services as fast as possible. In other words, it is about business. And it’s the self-interested profit motive that really seems to have the net neutrality cloth exercised, even if it actually works to get people online.

In this regard, the U.S. net neutrality priesthood is largely correct that Facebook’s Free Basics isn’t entirely altruistic – by not counting access to Facebook against a Free Basics user’s data allowance, Facebook gets first dibs on those eyeballs in a way that say, Google can’t.

But the effort to kill zero-rating is not entirely altruistic either. There’s something else at play as well: What’s good for Facebook is bad for another Silicon Valley company (cough, cough Google). Remember, if Facebook grabs those eyeballs first, Google is shut out from being the first entry point or gateway for billions of new Internet users. In fact, Free Basics doesn’t even offer Google as one of its zero-rated websites. Google for its part, is executing its own strategy, experimenting with delivering access through giant balloons and tiny satellites while littering the globe with sub-$30 smart phones running its Android software and pre-loaded with Google products and services.

An interesting analysis finds that the most vocal anti zero-rating “Internet elites” in the U.S. – academics, venture capitalists, and technology leaders – claim common cause with the global poor, by dismissing zero-rating plans like Free Basics as “malignant”, “walled gardens”, a violation of “free speech”, or even a “geniusly evil world domination scheme.”

These individuals largely reside in the top median income zip codes in the U.S., communities in which the median income is, on average, 60 times that of the typical income in a country like India. “Walled gardens” indeed. A deeper analysis finds something even more interesting. Six of the twelve leading anti zero-rating activists have received funding from a Facebook competitor… Google! – either directly to them or through the organizations they represent.

Those caterwauling the loudest that offering anything less than full access to the Internet is “poor Internet for poor people” are being highly disingenuous. After all, ideological purity is easy when it costs you nothing. It’s akin to a debate among the well fed about whether the starving should be given soup that isn’t organically sourced.

So, the next time you hear the U.S. net neutrality priesthood decry zero-rating, it might be helpful to think to yourself, “first world problem” or maybe to paraphrase Marie Antoinette “let them eat code.”

Jerri Ann Henry is a board member of the Women’s Public Leadership Network. She wrote this for InsideSources.com.