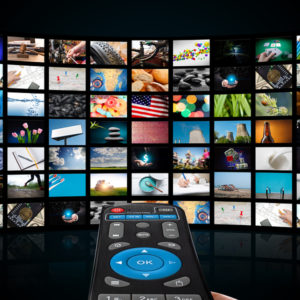 Sen. Maria Cantwell (D-Wash.) made news earlier this month when she announced she was seeking $2.3 billion in tax credits and grants for local newspapers and broadcasters. Local news has always been a central component to Americans, and it’s unsurprising Congress wants to support local journalism. When I was growing up in Arizona, you could almost always hear the local Channel 3 news in our house when it wasn’t drowned out by SpongeBob or Power Rangers. The local broadcaster was where we turned for information about the goings-on in Phoenix, the United States, and the world at large. But regardless of whether Cantwell’s plan passes or even whether it’s good policy, local newspapers and broadcasters will still face significant competitive disadvantages if we don’t reform our outdated media ownership rules.

Broadcasters pride themselves on the local connection to the communities they serve, and rightly so. While new technologies allow retransmission of a digital broadcast signal without the degradation of the feed, the technical reality of the medium limits over-the-air transmission to a relatively localized market. As a result, broadcasters will generally tailor the content they deliver to meet the specific needs and interests of the communities they serve. With affiliation to major networks, programming normally includes nationwide content like a major show or the national news. But it also includes local programming to inform the community about pressing issues that are unique to those viewers.

Considering the important role broadcasters play, it may be unsurprising that the Federal Communications Commission (FCC) has traditionally stepped in and regulated this sector of the economy. Unlike physical content delivery like a newspaper, only a limited number of broadcast stations can exist in a given market due to the technical constraints of the medium: Too many broadcasts in a narrow frequency range will result in harmful interference. This, paired with the technically invasive—in that broadcast signals permeate walls in consumers’ homes—nature of broadcasts, has given the federal government the authority to regulate the medium.

Among the regulations at the commission, the FCC imposes strict restrictions on the ownership of broadcast stations. Most notably, it limits both the total number of radio and television stations an entity may own within a local market, as well as a prohibition on mergers between the big four networks of ABC, CBS, FOX, and NBC. The primary rationale for these restrictions is competition: If a broadcaster can just buy up its competition, then consumers would be left without options to receive a broadcast signal, and according to the regulatory premise, thus left without options to receive local news and other community-centric content traditionally delivered primarily over local airwaves. But anyone with a broadband connection knows that just isn’t true anymore.

Broadband, as well as cable television, has drastically changed the business landscape for communities. If broadcasters fail to serve their local consumers adequately, including if they fail to reflect and represent community-centric content with fidelity, those consumers can tune into the plethora of cable channels or the seemingly infinite content available over the internet, which readily adapts to serve market needs as they arise. For advertisers—the primary means of monetization for broadcasters—it may make sense to advertise via a web-based service or on those cable networks instead of the local broadcast station, especially considering the transaction costs of advertising on the internet at a global level are lower than negotiating individually with broadcasters.

However, considering the stiff competition that broadcasters now face that didn’t exist when these rules were created, it is incumbent upon the FCC and Congress to continue the work already done to lower the regulatory barriers. By eliminating ownership restrictions, broadcasters can create efficiencies in both regulatory compliance and advertising, and build on the value they’re already offering to compete more effectively in what is now a larger market to deliver community-centric value to consumers. These efficiencies can then in turn lead to additional investment in local programming, specifically local news.

Broadcast has unique qualities that differentiate it from something like cable television or broadband internet. It is incumbent on the regulator to level the playing field so that these entities can leverage their unique qualities and offer a competing service to consumers. If we do so, maybe my memories of a home tuned into the local news may not just be in the past.