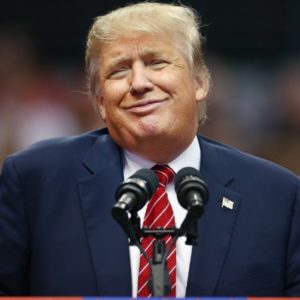 With the 2022 elections only weeks away, the generic ballot has tightened — bringing into question a Republican landslide.

All races come down to a choice. The choice presented to voters in 2022 is between a party whose policies are arguably not working very well and a party that has been branded as a threat to democracy.

Over the last decade, in a very systematic way, Democrats have branded Republicans as unacceptable people rather than people whose policies are unacceptable. In 2012, President Obama defined rural Republicans as people clinging to “guns, God and religion.” In 2016, Hillary Clinton added the pejorative “basket of deplorables” to denigrate working-class Trump voters.

The branding continued during Trump’s entire term in office as policies were not debated on their merits but rather framed as xenophobic, misogynistic, racist, sexist, White supremacist, hateful, fascist and dictatorial. Strategically, the messaging created the narrative that Trump voters — and by extension, all Republicans — were people who should not be trusted with power.

The events of January 6 provided the opportunity to add another layer of branding to Trump supporters. They were now deemed insurrectionists focused on overthrowing our democracy by fomenting revolution. Trump supporters were now considered threats to democracy.

In 2021, President Biden stated, “Domestic terrorism from White supremacists is the most lethal terrorist threat in the homeland.”  On May 12, 2021, the  headline in The Hill read, “Garland, Mayorkas warn White supremacy is now top security threat in the country.” New terms, including “Christian nationalist,” were added to the Democrats’ lexicon to define Republicans.

Biden connected all of the dots during a speech in Philadelphia in September when he stated, “Too much of what’s happening in our country today is not normal. Donald Trump and the MAGA Republicans represent extremism that threatens the very foundations of our republic.” The president would define MAGA, his main political opposition, as semi-fascist and a threat to democracy. The strategic messaging was now complete.

Did it work? In a poll released by Reuters on September 7, “Fifty-eight percent of respondents in the two-day poll — including one in four Republicans — said Trump’s ‘Make America Great Again’ movement is threatening America’s democratic foundations.” In other polling, “threat to democracy” ran second to inflation among potential midterm voters.

The strategy was to disqualify Republicans by impeaching their character and undermining their motivations.

The Dobbs v. Jackson Supreme Court decision that returned the abortion issue to the states provided a boost to Democrats, who quickly incorporated it into their narrative that Republicans are dangerous people who want to eradicate this women’s choice. Republicans have had no strategic response. This issue shows why strategic messaging and control of the narrative are so important.

The Democrats’ strategy is simple:  Avoid talking about issues other than abortion, tie Republican candidates to Trump whenever possible, and disqualify Republican candidates by professing to know (with certainty) the dangerous motivations that shape their policy initiatives. They hope their narrative about Republicans can overcome the public’s unfavorable opinion of their issues management. It likely will in several close races.

Republicans, should they win one of both houses of Congress, need to avoid the trap of becoming the people Democrats have branded them. They should focus on solving problems rather than assessing blame using endless hearings. This will be tough for Republicans after more than a decade of character assassination by Democrats, but 2024 looms and the issue will be, “Can Republicans govern rather than impose their will on the nation?”

If the answer is yes, then they will be rewarded with control of government well into the future.

Dennis M. Powell is an issues and crisis management consultant and author of the upcoming book, “Leading from the Top.” He wrote this for InsideSources.com.