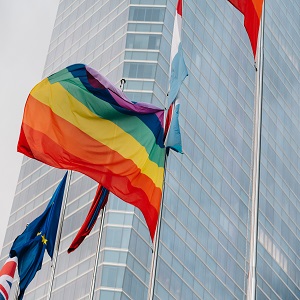 The Human Rights Campaign (HRC) named a Granite State business as one of the most LGBTQ-inclusive companies in the U.S.

C&S Wholesale Grocers Inc., based out of Keene, was listed on HRC’s 2018 Corporate Equality Index for the second consecutive year. The company is the nation’s largest wholesale grocery supply company and one of the leading supply chain businesses in the food industry.

The Corporate Equality Index, released on Thursday, is compiled annually by the HRC in order to determine which companies and law firms offer the most favorable work environments for the LGBTQ community. The list also assists businesses and LGBTQ advocates on best practices which can be replicated to maximize inclusion in the workplace.

Companies, including members of the Fortune 500, are ranked based on five factors: “non-discrimination policies, employment benefits, demonstrated organizational competency and accountability around LGBTQ diversity and inclusion public commitment to LGBTQ equality, responsible citizenship.”

The list rates companies up to a maximum score of 100 points. This year, HRC named 947 companies to the list, an increase from 887 last year, and rated 609 with a perfect score.

C&S also received a boost in the ratings, going from 20 points last year to 30 points this year, as well as earning the distinction of being the only business from the Granite State on the list.

New Hampshire has state laws in place which bar discrimination in the workplace based on sexual orientation and have made efforts over the course of the past decade to extend protections to individuals on the basis of both gender identity and gender expression.

In 1998, the Granite State passed its first measures to protect individuals from discrimination based on sexual orientation. An effort to strengthen these protections occurred in 2014 when lawmakers attempted to pass the New Hampshire Prohibition of Sexual Orientation Discrimination Measure.

This proposed constitutional amendment aimed to codify anti-discrimination laws based on sexual orientation, but despite overwhelming support in the General Court, the measure failed in the Senate and did not make it on the ballot.

Regarding the issue of gender identity, individual towns and cities across the state have passed their own measures in the absence of a broad state law. Last year, however, then-Gov. Maggie Hassan signed an executive order extending protections to state government employees on the basis of their gender identity and gender expression.

Not all efforts to enact or expand protections for the LGBTQ community have been successful in the state legislature.

In January, lawmakers proposed HB 478 to prohibit discrimination based on gender identity but the measure was tabled in the General Court. Last month, a proposed ban on conversion therapy was rejected by New Hampshire House Health, Human Services and Elderly Affairs Committee.

HRC President Chad Griffin issued a press release on Thursday, commenting on the importance of the list and represented companies in an era which he said they are “under attack” by the Trump administration.

“The top-scoring companies on this year’s CEI are not only establishing policies that affirm and include employees here in the United States, they are applying these policies to their operations around the globe and impacting millions of people beyond our shores,” Griffin wrote. “In addition, many of these companies have also become vocal advocates for equality in the public square, including the dozens that have signed on to amicus briefs in vital Supreme Court cases and the 106 corporate supporters of the Equality Act. We are proud to have developed so many strong partnerships with corporate allies who see LGBTQ equality as a crucial issue for our country and for their businesses.”

While HRC heralded its new Corporate Equality Index as a sign of progress on behalf of LGBTQ workers, the latest list was met with immediate controversy upon its release.

This year, Wal-Mart saw its perfect rating was revoked in light of employee complaints about harassment and discrimination. The rating suspension, which is being instituted pending an investigation, marks only the second time the HRC has penalized a company’s rating in the 16 years of issuing indexes.