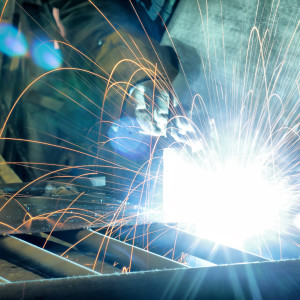 America’s manufacturing base is literally under siege by federal, state and local regulators. A recent study commissioned by the National Manufacturer’s Association, in fact, reports that some 2,183 new regulations have been imposed upon the US manufacturing sector since 1981, mostly from the EPA, costing American manufacturers upwards of $700 billion per year. Stop for just a minute and think about what this costs. It is staggering.

The Obama Administration’s call for a new, massively expensive ozone standard will not only be additive to this burden, but will be the single most expensive regulation ever imposed upon American manufacturers, estimated to cost the nation 1.4 million jobs and $1.7 trillion in lost productivity by 2040.

This new ozone standard, slated to go into effect in less than 90 days, will slam existing manufacturers with new “maintenance costs” that could jeopardize the very viability of an enterprise. Plants located in what the EPA calls “non-attainment” zones will not be able to expand without: A) a reduction in emissions; or B) the shutdown of operations from other plants in a given area. Plans for new plants and/or the expansion of existing plants will just be shelved.

In Ohio, this new ozone standard would unilaterally and immediately place every single county in the state in a “non-attainment” zone. By lowering the permissible ozone particulate from 75 to 65 parts per billion (ppb), the state’s entire manufacturing base will be subject to massive re-regulation, stifling new regulatory rules, and staggering new costs of compliance.

Meanwhile, by the EPA’s own public admission, concentrations of ozone have actually declined by 33% from 1980 to 2013, even as the US population has increased by almost 40% over that period of time and the US economy more than doubled in size just since 1990. Why the urgent need now, then, to impose such a draconian new regulatory scheme? This makes no economic sense…nor even any environmental sense… whatsoever.

As the CEO of a fourth generation, family-owned clay products manufacturing company in Appalachian Ohio, I wonder how we will survive this. A little more than a decade ago, this company employed over 700 employees at three tile manufacturing facilities, a clay mining operation, a cement mixing plant and sixteen tile distribution centers across the US. Today we are a mere fraction of this size but remain the best at what we manufacture.

Facing an onslaught of low-cost imports pouring into the US from all over the world, most particularly from the very Pacific-rim nations with which the Obama Administration now proposes to enter into a new “sweet heart” trade agreement, much of the US ceramic tile industry has already been wiped out by the dual whammy of globalization and over-zealous regulation. In fact, we are the only charter member of the ceramic tile industry’s national trade association, the Tile Council of North America, to remain in business.

What is most shocking of all is that this new regulatory assault coming from Washington seems almost deliberately designed to hammer companies that are already struggling. How can we even look our employees in the eye and say that our (and their) future looks bright? Ever the optimist, my prayer is that the leadership of this nation will come to their senses on this ozone matter before irreparable damage is done.

David W. Johnson is the CEO of Summitville Tiles, Inc. in Summitville, Ohio. He is a member of the Board of Directors of the Tile Council of North America and past chairman of the Ohio Manufacturer’s Association.