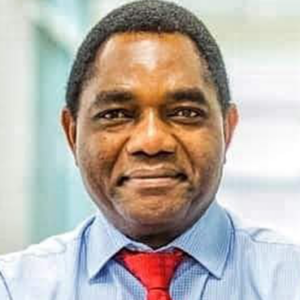 Despite COVID-19’s limitations on travel, I was able to travel throughout Africa during a five-week period this summer. My visits included meetings with presidents, ministers, U.S. ambassadors, politicians, major businessmen and women, attending church, and dining in the homes of regular citizens. It was an illuminating tour.

I have been working in Africa for over 10 years, and for the first time, I’m sensing a sea change in the attitudes of African governments and people. For decades over $3 trillion of development funding has been poured into the continent, and for the first time I am hearing people ask, “What good has this done?” The old practice of top-down development has not established sustainable economic growth, and people are finally questioning its value.

Nowhere is this more apparent than in Zambia, where the old guard was thrown out of office in August 2021 and replaced by the opposition candidate. That is significant because it is one of 17 opposition wins in sub-Saharan Africa since 2015, a true sign democracy is on the ascension. More importantly, peaceful transitions have prevailed, for the most part, replacing the violent coups often initiated by the military or armed rebel groups that are so commonplace in Africa.

The newly-elected president of Zambia, Hakainde Hichilema, described as an “inspiration” for African opposition leaders, represents a critical step in demonstrating the country’s democratic heritage that started with the election of Kenneth Kaunda in 1968 following the country’s independence. Votes for democratically-elected presidents came in 1991 and 2011. President Hichilema previously was a historic opposition member who suffered arrest, imprisonment for four months, and who ran for president five times before finally achieving victory. Along with his political and business acumen, he brings with him key members of his government, such as Situmbeko Musokotwane, an experienced international economist as minister of finance, who represents real hope for the local population, for the Zambian economy, and the country’s relation with international trade partners and institutions.

While the most recent developments have been described extensively by other experts – including the poor economic and financial situations present in Zambia, the IMF discussions, and the current situation of the mining sector – Hichilema needs to work with external actors to obtain the financial support needed to address the dissatisfaction of the Zambian population which secured his recent election.

Hichilema’s visit to this country gives him the opportunity to develop Zambia’s economic partnership with the U.S. and attract investments from the private sector, a crucial step if Zambia is going to counter growing Chinese influence in the country. Influence, which has fueled resentment against further development by the Chinese that not only represents a threat to the country’s independence but motivates the desire to establish sustainable relationships with U.S. companies to improve the Zambian economy.

To accomplish this, Hechilema and his government need to do what other successful African countries are doing- streamline the processes by which U.S. companies can establish themselves in Zambia and make future transactions and trade transparent. He also needs to provide a safe, stable, and solid political and business environment investors can depend on. In return, U.S. companies will help create the infrastructure to enable Zambians from the bottom up to take control of their own fate and future, unlike the extractive imperialism practiced by the Chinese that only pays to play from the top down.

He can start this transformative process by advancing the much-vaunted but unresolved IMF deal. This crucial step will give Hakainde Hichilema the political capital to implement key structural measures, including ensuring the country’s reliability or ensuring the funding of the social protection programs that will provide much-needed relief to the local population.

Zambia undoubtedly has the potential to resolve its economic and financial situation thanks to Hichilema’s election. His visit at the occasion of the United Nations General Assembly, where he will meet key international leaders for the first time, must not be a wasted opportunity. As realized across Africa, the chance for a Zambian political renaissance and an economic revival is now. It is time to focus on bottom-up sustainable development and political involvement and leave the corrupt and opaque top-down practices of the past behind. On my next visit to Africa, I look forward to visiting Zambia, or maybe I can just make my first visit in New York this week? And, no, I didn’t come down with COVID.

Richard N. Swett was nominated to be ambassador to Denmark in 1998. In 1990, he was elected to the United States House of Representatives. He served on the U.S. Congressional Delegation for Relations with the European Parliament; the Congressional Human Rights Caucus; and the Committees on Public Works and Transportation, and Science, Space and Technology. He wrote this for InsideSources.com.