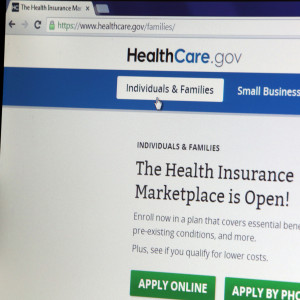 Obamacare’s second open-enrollment season has finally closed. After the season was extended a week to ensure that everyone who had been patiently waiting could sign up, the administration reported that 11.7 million people have enrolled.

This high-water mark has cheered Obamacare’s supporters, since it exceeds the administration’s estimate of 9.1 million. At the end of the first open season (last April), 8.1 million had enrolled. This increase of almost half is nothing to sneeze at.

However, it is also not a real number. “Signing up” does not mean that enrollees have paid premiums. Evidence from 2014 indicates that a significant share will not. Even those who pay premiums may not stay with their Obamacare policy all year. By last November, only 6.7 million were covered by Obamacare policies.

One major problem in American health insurance is that we do not choose our own coverage: Our employers do, or (if we are poor) the state or county government does or (if we are over 65) the federal government does. Changes in employment, income, or age result in automatically changing coverage, despite our own preferences.

By adding yet another pathway to coverage for people within a certain range of income, Obamacare has made this problem worse. Losing 1.4 million enrollees — more than one in six — is a significant rate of churn. If replicated, we can expect two million enrollees to drop out as the year progresses.

Most health economists ignore this churn, preferring to focus on the number of uninsured. They don’t really care how working-age people and their families are insured: Obamacare, Medicaid, or employer-based benefits are all considered equivalent tools to get the percentage of uninsured Americans down.

President Obama himself took the time to tweet the latest Gallup-Healthways survey, which reported that 12.3 percent of respondents were uninsured, down from 12.9 percent in 2014.

This figure disguises more than it reveals. Employer-based coverage has dropped slightly, likely among firms that employ hourly workers with incomes in the Obamacare subsidy sweet spot. These people are now on heavily subsidized Obamacare plans. However, a small change in their incomes will cause them to either go back on employer-based coverage or drop into Medicaid, the joint state-federal welfare program.

According to a previous Gallup-Healthways poll, the number of people dependent on Medicaid increased by one quarter in 2014, from 6.9 to 8.4 percent of 18-to-64-year-olds. These people are counted as insured, but they are not insured. They are on welfare. It is as if Gallup reported both people receiving wages and those receiving cash welfare payments as “income earners.” Research has repeatedly shown that patients dependent on Medicaid have significantly worse access to health care, and worse outcomes, than people with real health insurance.

Evidence also shows that Obamacare policies are not as good as employer-based coverage. Obamacare subscribers appear to be less satisfied with their plans than beneficiaries of other government or private health plans are. According the administration: “The 29 percent of re-enrollees who switched plans is higher than that seen in other programs. For example, studies show approximately 13 percent of Medicare Part D enrollees change plans in a given year; 12 percent of those active employees with Federal Employee Health Benefit Plan coverage switch plans each year and only about 7.5 percent of those with employer sponsored coverage switch plans for reasons other than a job change during a given year.”

This high degree of switching is directly at odds with the goal of improving care coordination and quality outcomes. No wonder beneficiaries are more confused than ever about which doctors and hospitals are in insurers’ networks. And regarding deductibles and copayments, who can figure those out if you’re switching plans within the year?

The opportunity for improvement may be at hand. By July the Supreme Court is expected to decide the King vs. Burwell lawsuit, which asserts that the administration’s subsidies to insurers in federally-operated exchanges is illegal. If the administration loses, three quarters of Obamacare beneficiaries will be in states in which insurers lose their subsidies.

This will provoke a political crisis that will force Obama and Congress to revisit the Affordable Care Act. They should focus on restructuring the subsidies to reduce the fragmentation of coverage that Obamacare has increased.