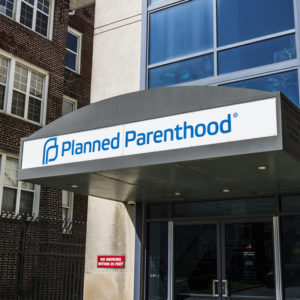 Planned Parenthood to Taxpayers: Shut Up and Pay. We’ve Got a Business to Run.

Many health care providers participate in Title X. Most of them aren’t part of the abortion industry. For years, however, Planned Parenthood has had it both ways, providing abortion and federally-subsidized family planning services under one roof. Now, a new and long-overdue federal regulation is challenging that business model. As of August 19, Title X funds will go only to family planning providers who do not perform or refer for abortions.

Despite suggestions to the contrary, the “Protect Life Rule,” as the new regulation is known, doesn’t undermine “women’s reproductive health” since the regulation does not reduce the amount of family planning money available. At the same time, it respects the conscience rights of everyone in our country who does not want to help subsidize the day-to-day operations of abortion providers. Health care; yes; abortion, no.

Abortion is not in the same category as cancer screenings and well-woman care. As of August 19, Title X clarifies that fact. Providers, including Planned Parenthood, are free to apply for Title X grants. They are not free to take Title X money while performing or promoting abortion. Non-directive counseling regarding abortion remains unaffected. Any abortion provider or promoter who uses “gag rule” to describe the new federal regulation is saying that conscience rights are meaningless where abortion is concerned. Their message is essentially “Shut up and pay up, taxpayers; we’ve got a business to run.”

If any woman is threatened with the loss of health care because of the new rule, then the loss will be due to the decision of her healthcare provider to put abortion politics over providing care.

Planned Parenthood has decided to walk away from Title X rather than separate out abortion from its health care work. That’s a business decision that makes sense for an agency where abortion, not health care, drives their business model. Any agency that provides family planning without also being involved in abortion remains eligible for Title X funds. Other providers will continue to provide Title X services, because they have no problem with keeping abortion out of health care.

In New Hampshire, Planned Parenthood of New England saw the Protect Life Rule coming. That wasn’t hard, given that the rule was proposed last year and circulated in its present form early this year, long before it went into effect. PPNNE in New Hampshire expects state general funds to make up for the loss of federal funds.

In a state budget proposal that had been expected to go into effect at the beginning of the state fiscal year on July 1, Planned Parenthood-friendly legislators inserted money into the public health budget to make up for any loss of federal funds the organization or another abortion provider might experience under the Protect Life Rule. In Planned Parenthood’s case, that would have been a huge gift to a multimillion-dollar organization whose Title X grants amount to far less than what it spends annually on “public policy” and marketing.

Governor Sununu vetoed that budget. He didn’t do so over Planned Parenthood funding, but he vetoed it. Negotiations are underway for a new budget proposal. Here’s a guideline: abortion providers don’t need taxpayer dollars. They can and should serve their family planning patients, whatever the patient’s income level, without entangling anyone in the abortion side of the business.

That might be an unfamiliar business model, but it’s entirely consistent with Title X as originally intended. Health care, yes. Abortion, no.

Shannon McGinley is a conservative activist in New Hampshire. She wrote this for InsideSources.com.