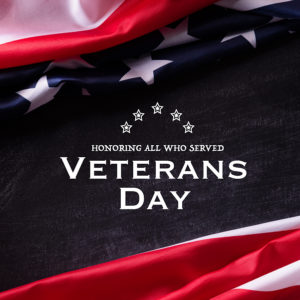 Point: Veterans Day Is About Much More Than Shopping

Veterans Day will no doubt be a day of discounts, sales and other attempts by retailers to make it easier for Americans with a day off to spend some of their time shopping.

Giving veterans 20 percent off is one small way to recognize those who risked all to serve this nation and defend liberty and justice around the world, and the Department of Veterans Affairs is grateful that so many companies help us celebrate our veterans each year in this way.

But there are other ways to say “thank you” to those who took the oath, and I encourage everyone to use Veterans Day as a chance to learn more about the 41 million men and women who have worn the uniform of the United States since we first fought for our freedom in 1775.

Unlike those who grew up during the Cold War or during World War II, younger Americans are privileged to have grown up at a time in our history in which there is no imminent threat to our country’s existence. For many, putting their life at risk by serving in the U.S. military may seem like an outdated concept.

But history tells us that we must always be prepared to defend America’s foundational principles and ideals.

The greatest American hero of World War I was Sgt. Alvin York, who almost single-handedly captured 132 German troops. He returned home as a hero, and years later, when World War II approached, many Americans openly wondered why we would ever return to Europe to fight again, since World War I was supposed to be the “war to end all wars.”

Many of the men and women who served in these wars are still with us today, and you may have relatives in your family who served. November 11 is a perfect time to talk to them about their experiences and what their service means to them.

Many of them will likely say they were just doing their job. But behind that humble comment, many wanted to ensure the freedom and liberty we enjoy might be spread across the globe, or to protect these blessings at home. Younger Americans might be surprised to learn that protecting the coming generations was already on the minds of their older relatives when they enlisted.

Many of the men and women who fought for this country are resting in veterans cemeteries across the country. Their stories can still be read and understood by visiting these final resting places.

The VA is doing its part to keep their stories alive digitally. This year, we launched the Veterans Legacy Memorial, an online resource that allows family members to tell the stories of their loved one’s service. The goal of our National Cemetery Administration is to ensure that “no veteran ever dies,” and we achieve that by making sure we never forget the stories of those who served us so honorably.

More than 19 million veterans are still with us, and our mission at the VA is to ensure that they return home to enjoy life as civilians in the country they risked all to defend. The transition is not easy for many, and the VA has launched an ambitious effort to address veterans’ mental health and end veteran suicide. You can be part of this historic effort.

We are building a network of information and resources so veterans can get the help they need either at the VA, or in their own community. We are bringing together faith-based groups, schools, companies, and local, state and federal government offices to teach Americans how they can talk to people who need mental health care, and how to direct them to help.

You can learn more at VA’s PREVENTS office, and through the REACH campaign that we launched this year. Participating in these efforts is a way to say “thank you” that can literally save lives and help us make sure these veterans return all the way home.