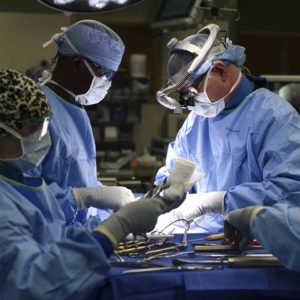 Posted to Politics October 08, 2020 by Madelaine A. Feldman

One of the facts about COVID-19 we know clearly is that people who have serious underlying medical conditions face a disproportionately high mortality risk from the virus.

Thus, it is more important than ever that physicians have the ability to make the most effective decisions for their patients without undue interference by those who aren’t healthcare professionals, and who don’t know a patient’s medical needs and conditions.

Unfortunately, insurance companies and pharmacy benefit managers (PBMs) are exercising unprecedented control over what medicines a patient may receive, decisions based not on what is best for the patient, but rather on a largely hidden matrix of rebates and fees.

If policymakers are serious about improving healthcare, a critical place to start would be the system in which specific medicines are given preferred placement on the PBM formulary, a process that determines what’s covered and what isn’t.

It’s a pathway to market share dominance, but not necessarily optimal health for the patient.

And because these financial concessions are often based on the list price of drugs, higher priced medications that put more money in the pockets of PBMs may be given preferential treatment leading to higher cost share for patients.

There is no question as to the impact these pricing and formulary practices have on patients. PBMs are using approaches such as step therapy, or “fail first,” to drive patients toward the drugs that offer the strongest financial payout.

Under these practices, a patient must fail to get better or have a side effect on the PBM-preferred drug before they can move to one that is more effective or that has a lower price.

A study I co-authored that included a patient survey found that patients were concerned that step therapy diminishes the provider-patient relationship and gives their clinical decision-making role to payers — employers and healthcare plans — who do not have the complete picture of the individual patient.

Another study from Emory University revealed that access to needed medications for five autoimmune conditions is severely curtailed by these utilization management practices in both commercial and Medicare plans. This results in worst disease outcomes for patients.

Patients and physicians are also running into an insidious practice known as a “rebate wall.”

It works like this: if a particular drug manufacturer’s medication acquires a sufficiently high market share from sustained preferred placement on formularies, it can create a “rebate wall” that actually blocks competing drugs from gaining access to the formulary.

Essentially, the PBM becomes so dependent on the vast amount of rebate and fee concessions from the preferred manufacturer that it seals off all competition. This further restricts patient access to drugs that might make them healthier or cost less.

Awareness of these practices and their adverse impact on the public is growing.

And recently, the House of Representatives Committee on Oversight and Reform announced plans to subpoena a pharmaceutical company to obtain information on sales, pricing, rebates, and details of contract agreements with PBMs.

Every day, people with serious chronic illnesses are being kept from medicines their physicians deem necessary so that PBMs can reap more profits.

The PBMs claim that manufacturer rebates are actually savings, reducing the costs of drugs by billions of dollars.

Given the way the system is geared — to force patients into higher-priced medications — is akin to saying a $1,000 dress at 50 percent off saves more money than a $100 dress with the same 50 percent reduction.

At some point, we can’t afford all of these “savings.”

This perverse system has ripple effects. When PBMs and insurers give favorable treatment to one particular drug for financial reasons, it diminishes price competition and the ability of competing products to survive in a skewed marketplace.

This will consequently result in fewer investment dollars being devoted to upstart pharmaceutical innovations that may never receive insurance coverage.

Optimally, policymakers will dismantle this opaque system that gains profits by harming the sick and is rife with conflicts of interest.

At the very least, negotiated rebates between PBMs and drug manufacturers should be directed to the patient at the pharmacy counter to make medicines more affordable.

Rebate walls should be recognized for what they are — an anti-competitive practice — and dealt with accordingly.

This pandemic has reminded us of how important it is to make medicines available and affordable. Protecting this access begins with the concept that patients come first and that financial motivations should never be the primary determinant of health.

Madelaine A. Feldman, M.D., is a rheumatologist, president of the Coalition of State Rheumatology Organizations, and serves as chair of the Alliance for Safe Biologic Medicines. She wrote this for InsideSources.com.