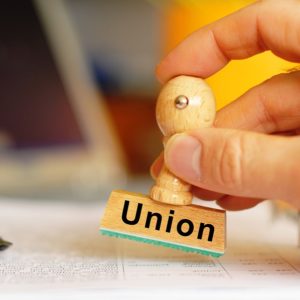 PRO Act Would Rob Workers of the Private Ballot

Across the country – and the developed world – there exists the simple, enshrined principle that democratic deliberation ought to be conducted in secrecy. But in 2009, congressional Democrats considered doing away with the principle of the private ballot for workers casting a vote in employee unionization elections. The resulting “Employee Free Choice Act” (EFCA) promised anything but a free choice, setting the stage for the intimidation of workers by shady union leaders. This despicable legislation never passed, but the usual suspects are at it again.

Pro-union lawmakers are back with a bill, the Protecting the Right to Organize Act (aka the PRO Act), which they promise is more limited in scope than EFCA. But workers beware: the bill may prove far worse than EFCA, emboldening union strong-arming across the country. Employees deserve fair, voluntary representation in the workplace, not intimidation and sham elections.

Currently, workers can pursue a few different avenues in order to call for a unionization election. But the most popular way of collecting the necessary signatures is by passing around cards. When a clear and commanding majority of a workforce has signed these cards, the company has two options: accept unionization immediately, or allow an election with a private ballot for its workers.

Most smart employers will require an election because there is plenty of public pressure in signature gathering. In fact, some people will sign these cards only because they want to allow an election for their fellow workers, not because they personally favor union representation.

Meanwhile, the National Labor Relations Board (NLRB) is charged with overseeing these elections and making sure that unions and employers play nice. Over the years, NLRB has crafted a comprehensive set of rules to ensure that elections proceed smoothly and fairly free-of-conflict.

Labor unions are well-acquainted with the rulebook and that familiarity often gives them a leg up over non-unionized employers. Typically, unions have grown adept at getting around the rules set forth by the NLRB, pulling shenanigans that most people would think of as flagrant fouls.

For instance, suppose that a worker designated by the union as an official card solicitor told a fellow employee that she didn’t have any choice but to sign. Suppose further that she was informed if she resisted her tires would be slashed and her children might not be safe.

That allegedly happened in a case brought to the NLRB. The NLRB ruled that since the card solicitor was not yet employed by the union (because the company was not yet organized) that even open threats to coerce signatures from coworkers were okay.

Enter the PRO Act. According to one key provision, in the case of any “violation” or “interference” on the part of the employer that the NLRB signs off on, “the Board shall, without ordering a new election, certify the labor organization as the representative of the employees.”

That’s no small matter because, in practically every instance that a unionization election doesn’t go a union’s way, union leadership cries “Interference!” And the minute that NLRB buys that claim, something truly insidious happens.

As F. Vincent Vernuccio documents in a new report for the Mackinac Center titled, Protecting the Secret Ballot: The Dangers of Union Card Check, “the burden of proof falls on employers to prove a negative: that they did not interfere in the election.” In the probable case that an employer cannot prove a negative, the NLRB is instructed by law to impose unionization on a workforce that had just rejected it at the ballot box.

Under the PRO Act, American workers would still have the private ballot…until the NLRB decides that those private votes didn’t count. That’s a recipe, plain and simple, for intimidation and unwanted union control. Fortunately, employees across the country needn’t settle for misguided legislation that would empower union bosses at their expense. Rep. Dusty Johnson’s (R-SD) recently-introduced Workers Choice Act would give workers the choice to opt out of a union and represent themselves at the bargaining table. This would strike a blow to creeping union control, while giving workers much-needed flexibility and control.

It’s up to Congress to stand on the side of American workers, and safeguard the age-old principle of binding, private ballots.