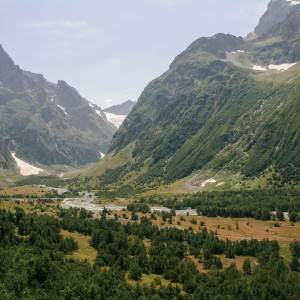 The recent armed occupation of a federal land reserve in Oregon where tourists used to go birdwatching saw its first casualty. Until LaVoy Finicum’s death, the occupation had seemed absolutely absurd. Their initial purpose appears to have been protesting the sentencing of rancher Dwight Hammond and his son Steven, but once in Oregon the Hammonds repeatedly distanced themselves and peacefully began serving their sentences.

Peaceful protests and legal action are the proper avenues for change in a republic. Last year Utah’s legislature approved drafting a lawsuit pushing for the transfer of federal lands to state ownership. Utah has also required its counties to coordinate with the federal government in creating resource management plans that serve both the local interests of the county’s citizens and interests of the federal government.

Those who took control of the refuge were unequivocally wrong in their methods but do point out legitimate grievances some people in the West face. The federal government controls vast swaths of the West. But bureaucracies are slow-witted creatures that adopt and enforce policies that make little environmental or economic sense. The federal government loses money, for example, when managing natural resources located on public lands. States, on the other hand, as the Property and Environment Research Center (PERC) reports, earn an average of $14.51 for each dollar spent on state trust land management. This profitable enterprise is compared to the Bureau of Land Management and the US Forest Service which lose more than 25 cents on each dollar they spend on public lands management.

Losing money might make sense if greater environmental goals were reached. State lands, however, are managed at least as well and often better than the federal lands. Federal Forest Service lands, for example, have higher levels of dead and dying timber than public and private lands. This poor management increases the risk of wildfires, disease, and insect infestation.

There are genuine public land problems that ought to be addressed. Many of those problems are because of political management. Federal land management tends to be costly and ineffective. State management is an option for at least some of those lands. If the tragic results of the Oregon standoff do anything good, it will be the attention they draw to these problems. But, it would have been much more effective to fight this battle the way it is meant to be fought, in the court of public opinion, in the courts, and ultimately in civil society.

Now that the protesters are in custody, it is time for the those who might protest in similar ways to remember that political order does not proceed from the barrel of a gun, but from a commitment to civil society and the rule of law.