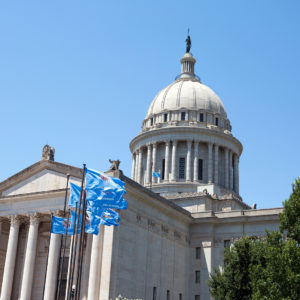 Recovering from the Pandemic — Revitalize the States

It is not often that President Trump flinches in a political fight, especially one he picked to augment his own power.

Yet that is what he did when he backed off his claim to have “total authority” over reopening states as COVID-19 wanes. His egging on of protests two days later served to cover this retreat.

The states remain in possession of the field. Governors made, and will continue to make, the toughest decisions about containing the virus. State and local legislatures pay the first responders fighting it and of teachers finding ways to work through it.

They have spent vast sums to obtain masks and ventilators, and to keep food banks stocked while people endure hardship.

That is just as well, because the states have mostly been a bright spot in America’s coronavirus response. Their constitutional status enables them to function as a fourth branch of government at the national level. They may take initiative and act when the federal government does not. And they may check certain misguided federal impulses, as Trump inadvertently demonstrated.

In this way, the states don’t only make the union more resilient in crises but help to guarantee its liberty through separation of powers. True, the potential effect on liberty of some state actions in response to Covid-19, such as contact tracing, is concerning — but it would be more concerning if the federal government were doing those things.

The states’ tenacious response to the coronavirus has a big price tag, however.

Emergency expenditures have depleted state budgets just as the revenues supporting next year’s budgets have dried up. Whereas the federal government largely funds itself with relatively stable (for now) income tax and debt, states rely mainly on sales tax and have limited capacity to borrow.

Sales taxes and related levies on goods and services have been battered by COVID-19: people are buying less, and prices of taxable commodities such as oil have collapsed.

State governments cannot carry out their vital role if they are broke. If America is to emerge resurgent from this pandemic, it must get its states back on their feet.

The first step is for Congress to grant the National Governors Association’s request for $500 billion for the states with no strings attached. The two governors who submitted the request — Larry Hogan of Maryland and Andrew Cuomo of New York — have worked hard against COVID-19.

They should be taken seriously when they say the absence of such funds will hamper “public health, the economic recovery, and — in turn — our collective effort to get people back to work.”

But in the long run there will need to be a different fiscal cure. It is unhealthy for the states to rely heavily on the central government for funding. If they do, a dictatorial-minded president could bend them to his or her will by threatening to withhold cash — and then we would lose one more restraint on power.

Our states are already worryingly dependent on federal money: it amounts to a quarter of state revenues, much of that tied to health care. Let COVID-19 be the impetus to rebalance this.

One way is to reduce federal income tax to afford states an opportunity to increase theirs, while transferring to the states more responsibility for entitlement programs such as Medicaid that are now run at the federal level but overlap with the role of state governments.

The states would have more work to do, but more of their own resources with which to do it. The federal government would be freer to focus on things only it can do, such as defense, diplomacy and working with other countries to halt pandemics before they reach our shores.

There will be a conflicting impulse to instead centralize more. Since the coronavirus knew no boundaries, the thinking goes, the federal government should have sweeping power over public health, which we now know entails control over many aspects of life. That might work in practice if the federal government were always wise and virtuous. It is not.

In principle, more centralization would be dangerous. Our union has already concentrated much power in Washington over the past century. As a result, every presidential election now feels like a one-shot, winner-take-all struggle for the only prize that matters — the one at the top. Might that be contributing to the corrosive polarization we all lament?

I suspect it may. So let’s heal our country by revitalizing our states.

John P. Caves III, a former captain in the U.S. Army, is a graduate of Princeton and George Washington University. He is the author of “The New Model Federalist,” a series of essays on U.S. politics. He wrote this for InsideSources.com.