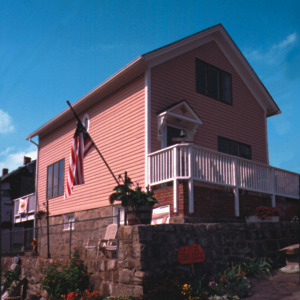 The Fifth Amendment to the U.S. Constitution requires government to provide “just compensation” to private individuals in return for taking private property for public use. This doesn’t address whether it is it right to take private property for private benefit, however, or whether the economic benefits of eminent domain are all they’re cracked up to be.

A recent study of eminent domain takings and their associated state and local government tax revenues suggests buying grandma’s farmhouse to make room for a strip mall isn’t the automatic economic boon it’s claimed to be, leaving some wondering if the use of eminent domain as an economic booster is ethical.

In 2005, the Supreme Court determined the phrase “nor shall private property be taken for public use, without just compensation”—the final clause in the Fifth Amendment—allows the transfer of private property to private individuals and corporations, such as land dealers.

New London, Conn. wanted Susette Kelo’s property to be part of a “comprehensive redevelopment plan” to help boost the local economy. Evicting homeowners and investing millions of dollars was predicted to lure pharmaceutical giant Pfizer to relocate its research campus to the scenic waterfront property.

Nearly a decade later, the real property taken from Susette Kelo in the name of community revitalization and job growth sits empty. Prior to the takings, the homeowners benefited from their private property, but now no one benefits from Kelo’s lot. So much for “the greater good.”

Kerekes and Stansel, however, found “virtually no evidence” of eminent domain’s economic benefit. The pair of professors also found “no statistically significant relationship between eminent domain activity and the level of government revenue.”

The search for empirical evidence regarding government takings and tax revenue did turn up something surprising: There appears to be “a negative relationship between eminent domain and revenue growth.” The researchers wrote, “a one standard deviation change in eminent domain activity is associated with” a 0.75 percent decline in the local economic rate of growth.

If taking private property in the name of the common good actually serves to retard economic growth, as the Kerekes and Stansel study suggests, the wisdom of using eminent domain as an economic stimulus becomes questionable.

Private property is a fundamental tenet of the free market system. When individuals are allowed to use their property in the manner they see fit, the most efficient use of property becomes a rational behavior. In turn, tax revenues are maximized as individuals benefit from the value of their property.

It may be too late for Susette Kelo and other homeowners displaced by New London’s “comprehensive redevelopment plan,” but it’s never too late for city councils and states to reevaluate ineffective policies like eminent domain takings in light of new data.