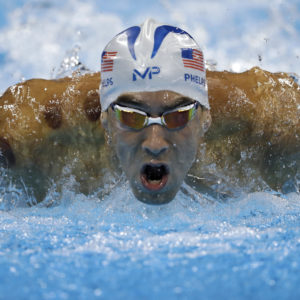 Posted to Politics August 08, 2016 by Christopher Koopman and Thomas Savidge

The Olympics are a time for celebration, when nearly half of the world’s population comes together to watch the dedication and sacrifice required of elite athletes. It’s a time for appreciating the inspirational stories about what the games can accomplish for individual athletes and the global community. Unfortunately, the Olympics have also become as much about economic development as athletics. This is where the fairy tale ends, because the games actually do little to lift up the economy of the host country.

Hosting the Olympics seems like it would give a fantastic boost to the local economy. Building massive, shiny new stadiums requires both labor and materials. Tourists from the around the globe converge, spending money on the local businesses and paying taxes.

Despite this flurry of activity, evidence for the economic benefits of hosting mega-events like the Olympics is extremely exaggerated. While the International Olympic Committee touted studies that England would continue to see new business contracts, additional sales and foreign investment for nearly a decade after hosting the 2012 Games, there’s little reason to believe such predictions will come true.

The slogan for this year’s games is “Rio 2016: A New World,” but Brazil’s post-Olympic world won’t likely include an economic boom.

Brazilians should look no further than Greece for a cautionary tale, where the massive costs of hosting in 2004 hastened its financial collapse years later. The birthplace of the Olympics was driven into financial ruin partly because of the Summer Games’ costs.

No one denies that Olympic facilities cost a massive amount of money. The big debate is typically over who should pay for them. Even when private stadium owners are involved, they try to secure some form of public funding.

Publicly funded stadium projects are almost ubiquitous in American sports, and NFL owners have become notoriously effective at getting taxpayers to pay for their venues. The IOC, and its ability to extract concessions from host cities, is no different. Part of the selection process includes a potential host city’s ability to fund the construction the IOC believes it deserves. In return, the IOC promises that hosting the Olympics will have “long-lasting economic benefits” for a host city.

This means that Olympic hosts may struggle with what to do with these massive complexes following the games. Some go unused for decades while host cities foot the bill for continued upkeep and maintenance. Others are simply abandoned, left to be reclaimed by nature. Many of the 2008 Olympic venues, for example, are now deserted on the outskirts of Beijing. Local artists and student drivers have put these venues to use, but is that really worth the billions of dollars it took to build and tens of millions it requires to maintain these sites?

Contrary to popular belief, it’s not even clear that the games increase tourism or new investments during the times immediately surrounding the games. Britain received about 5 percent fewer foreign visitors during the month it hosted the 2012 Summer Olympics than during the same month in 2011. Greece lost 70,000 jobs — mostly in the construction industry — in the three months immediately after the 2004 Summer Olympics in Athens.

And what about the promise of increased economic activity in the long run? One recent study found that unsuccessful bids to host the Olympics were just as beneficial for a country’s exports as actually hosting. What’s more important is the signal a country sends by throwing its hat in the ring — that it’s open for business. Eventually hosting seems to be less consequential. That said, cities should be careful: Chicago is still suffering from costly deals it made in an attempt to win its 2009 bid for the Olympics.

As it turns out, hosting the Olympics isn’t that different from competing in the games: It requires a great deal of effort, stamina and a willingness to achieve what you set out to do. When it comes to hosting, however, winning might be worse than losing. Rio should enjoy its time in the Olympic limelight, because it will certainly pay for it come September.

Christopher Koopman is a research fellow and Thomas Savidge is a program associate with the Mercatus Center at George Mason University.