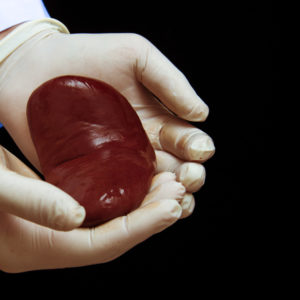 The Gift of Life Knows No Zip Code

Earlier this week, in the U.S. District Court for the Northern District of Georgia, the debate over the new national distribution policy for donated livers available for transplant continued.

In developing the new policy, many experts from around the country participated, and thousands of public comments were received and considered as part of the process. The result is a new policy that will save lives and provide a fairer, more equitable system for all liver patients.

The new policy is projected to reduce waitlist mortality by roughly 100 fewer deaths each year, and it will allow more children to receive transplants. It will also correct an inequity that had emerged over time within the previous policy that led to unfair advantages and disadvantages based on where liver transplant recipients reside. These are all significant benefits to patients and the liver matching system overall.

Last year, we hit a new milestone for the most organ transplants in a single year in the U.S., our sixth consecutive record-breaking year. Still, there are not enough donated organs to altogether do away with transplant waiting lists. On average, three people die every day awaiting a liver transplant in the U.S.—a total of 1,155 lives were lost last year. Until the waitlist goes away, those of us involved in the nation’s donation and transplant system must strive to save more lives each year by reducing the number of patients who die while waiting. The new liver allocation policy will help accomplish this goal by re-calibrating how geography is considered.

Geography is part of the matching equation to ensure that we minimize the amount of time organs must be preserved between recovery and transplant. When the current distribution policy was developed 30 years ago and transplantation was in its infancy, the arbitrary boundaries drawn around donor and transplant hospitals were less of a factor as there were fewer patients in need. Over time, however, due to different patterns in organ donation and the concentration of transplant hospitals, differences began to emerge in patients’ chances of receiving a transplant in different regions of the country. The new policy restructures the outdated transplant map and makes liver distribution fairer for all. The patients who are both most in need and closest to the donor will get offers first.

The new policy will treat equally sick patients the same, wherever they live or wish to seek a transplant. The matching process will be a simpler measure of distance from donor hospital to the transplant hospital, and it will continue the practice of prioritizing based on the medical need of candidates.

Modeling predicts the new policy will result in about 100 fewer waiting list deaths each year, but even if it results in just one more life saved, it will be worth it.

Brian Shepard is the CEO of the United Network for Organ Sharing (UNOS). He wrote this for insideSources.