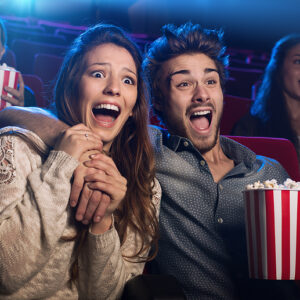 The Invasion of the Summer Stealers

Sadly, the pandemic has been weaponized by some to gain political advantage or exploited as an excuse to fundamentally change American society. Now after more than a year of this, we are about to be assaulted by “The Invasion of the Summer Stealers.” It’s not a 1950s low budget sci-fi film but more like a modern-day reality TV show in which a coalition of progressive governors and mayors, teachers’ union leaders, the Biden administration, and every crank who preaches that since kids don’t plow fields anymore, they should go to school year-round.

This struggle needs heroes who are willing and determined to save summer for kids. Particularly after a year of Zoom classes and isolation, kids need summer. They need a summer of friends, play, adventure, family vacations, and enrichment.

When I taught high school, summer school was not actually for remediation but more of a punishment against kids who could succeed but many times were disruptive or just failed to do what was required of them. I’m thinking of a student who told me “I have a constitutional right to fail.” Most students were not that blatant, but the ones I failed fit the pattern of not trying very hard.

What galls me the most about the people who are now pitching summer school are the same ones who have made a difficult year worse by keeping kids out of school. Virginia Gov. Ralph Northam and California Gov. Gavin Newsom have been among the most derelict in getting kids back to school. Yet, The New York Times reported Northam in discussing extending school into the summer months said, “We know this plain fact: Children learn better in classrooms, and that’s where they need to be.” Newsom has allocated $4.6 billion for extra learning time, including summer school.

Randi Weingarten, president of the American Federation of Teachers, told The New York Times we should use federal stimulus dollars to make this summer a “second, second semester.” President Joe Biden at his first town hall on February 16 said, “My guess is they’re probably going to be pushing to open all through the summer like it is a different semester” when talking about how his education experts might approach the summer and schools.

Biden’s Secretary of Education Miguel Cardona told Politico reporter Juan Perez Jr. on a press call recently, “The summer learning experiences that we’re talking about really need to be better than they ever were in the past.” He didn’t want summer classes to be “skill and drill.” However, he also conceded, “But first I will acknowledge the fact that educators, we’re exhausted.” How then will this program top the benefits kids receive from a summer of playing, exploring, family vacations, or working a part-time job?

It also seems to me that sudden urgency to “reimagine” summer is due to the lack of urgency to get kids back in school for in-person learning. Washington Post columnist Catherine Rampell has chronicled the damage the pandemic has done to children’s social and emotional well-being. However, in speaking of summer school she wrote, “It’s a phenomenal idea. We should be moving mountains – and there will be a few to make this happen.”

Those of us who know better should resolve to raise up mountains of common sense. These schemes to go to year-round schooling have always been short-sighted and foolish. This summer kids need a return to normal, not a new normal that uses the pandemic to forever change summer. Don’t panic and forget what summer was all about for you.

Dom Giordano is a Philly talk radio host. His weekly education podcast Readin Writin and Reason is at 1210WPHT.com. He wrote this for InsideSources.com.