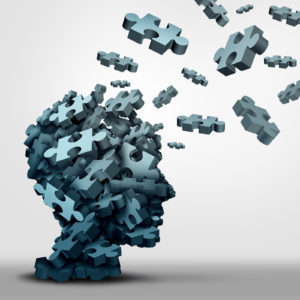 Bill Gates recently made the exciting announcement that he will be donating $50 million of his own money to the fight against Alzheimer’s disease and dementia. This is a huge boon to the doctors and researchers who are struggling to find a way to help the people affected by this disease.

This donation is critical, because this problem is only getting bigger. By 2050, the number of people age 65 and older with Alzheimer’s dementia may nearly triple, from 5.3 million to a projected 13.8 million — barring the development of medical breakthroughs to prevent or cure Alzheimer’s disease. For those 65 and older, it’s already the fifth-largest cause of death in the United States, behind heart disease, cancer, respiratory disease and stroke. In short, this is a public health crisis with an insufficient response, and none of us will escape untouched.

But besides donating to organizations that support the cause, how can everyday people get involved? Here are three ways to help:

Educate yourself. Many misconceptions about Alzheimer’s still exist, and they hurt those who are living with the disease. You can find information at alz.org, or in an inspiring video of Ken Dychtwald, founder and CEO of Age Wave and a founding member of the Alzheimer’s XPRIZE team.

Help reduce the stigma. Talk to others and help them understand the facts about Alzheimer’s. As a nurse who has worked closely with people living with Alzheimer’s dementia and their families for more 30 years, I can tell you that people with memory loss are still people, but a powerful stigma contributes to their isolation and depression. Remember not to leave people who are actually fighting the disease out of the discussions — understanding them should be the priority in any conversation about their care.

Volunteer for a clinical study. If you become frustrated when you read about the slow progress to find treatments for Alzheimer’s, there’s one way directly to make an impact — participate in a research study. There are a number of research centers doing studies right now that could lead to a breakthrough. They need people of all ages — even those who do not have Alzheimer’s in their family. Go to the Alzheimer’s Association’s Trial Match webpage to be paired with a clinical trial that’s looking for someone like you.

Gates’ donation gives us hope because he’ll inspire disruptive, out-of-the-box thinking. Adding to this momentum is the recent XPRIZE — a program that incentivizes competitions to drive innovation.

George Vradenburg, co-founder and chairman of UsAgainstAlzheimer’s and a founding member of the Alzheimer’s XPRIZE team, says, “The earlier we detect a disease, the better our chances are of stopping it and curing it. With the XPRIZE we will employ global crowdsourcing and harness emerging technologies to unleash a new era of interventions that would have the best chance of saving millions of lives.”

Alzheimer’s is a horrible disease that slowly steals our memories and cognitive and functional abilities. You can imagine how people who are fighting this difficult battle may feel alone and deprived of their dignity. But there has never been more hope for finding a cure to eradicate this devastating disease. Now is the time for us to join the bold fight on behalf of the people living with Alzheimer’s and every loved one who is at risk of developing this disease in the coming years.

Rita Altman is the senior vice president of memory care and program services for Sunrise Senior Living. She is an advisory council member of the Greater Pennsylvania Chapter of the Alzheimer’s Association.