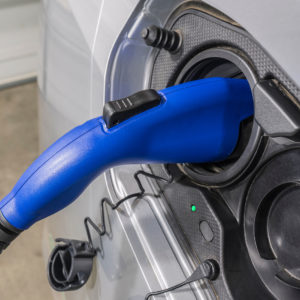 The three main solutions offered by those who believe manmade climate change must be addressed by reducing CO2 are wind, solar and electric cars. And after trillions spent worldwide, there has been very little reward or progress.

But that doesn’t stop the Democratic House of Representatives from pushing yet another multi-billion-dollar bill to force more inefficient and expensive “green” wish lists, including a newer favorite, electric vehicles (EVs).

While the $494 billion infrastructure bill allocates $1.8 billion for charging ports along America’s roadways, only half a percent of cars are electric. It’s time to abandon unrealistic, expensive green wish lists and focus on practical solutions that won’t break hardworking Americans’ backs.

Yet, to climate alarmists, changing this recognized data point is still worth multi-trillion-dollar investments, government mandates and taxpayer subsidies.

They’re convinced it will somehow help prevent CO2 driven climate change. Using the  United Nations Intergovernmental Panel on Climate Change’s own estimates, all this spending and control might slightly shave off a tad of warmth driven by man’s use of CO2-releasing fossil fuels.

So far their climate predictions have been blatantly inaccurate. However, they and their media allies refuse to acknowledge this.

Their modus operandi is to make up new doom and gloom predictions, ushered in and amplified by mainstream media. They claim the next catastrophe is always 12 years away. A few of their favorite fake news stories include, Miami will be underwater soon! The polar bears are dying! The polar ice is disappearing!

Next month will be the infamous 11th anniversary of Prince Charles’ warning that we had 96 months to save the planet from environmental disaster. We’re three years past his doomsday and he’s still making dire predictions.

In all actuality, with the current rates of rising sea levels, it will take at least five hundred years for Miami’s unlikely demise by sea. Polar bears are healthier and their populations are flourishing.

Although Al Gore tried to sound the alarm that glaciers were going to disappear forever, satellite imagery and measurements indicate that since 2016, Jakobshavn, the largest ice sheet in Greenland, has been actually growing and Antarctic ice is also growing. This is fear mongering at its worst and it can have detrimental effects if translated to policy.

Are 99.5 percent of the traveling public and transportation businesses shills for the fossil fuel industry? Or do they simply want to get their food produced and delivered, have goods made and delivered, get to work, school, play, shopping, vacation and visit grandma at a cost they can afford?

Fossil fuels make these activities possible and should be celebrated, not demonized.

With the coronavirus pandemic, the nation experienced a small test run of the bitter economic pill climate advocates want to force on all Americans. The natural result of the radical climate wish list is a life where citizens do less, be less, eat out less, eat less meat, buy less, consume less, drive electric vehicles, have solar panels on their rooftops and wind towers in their backyards, with the government as the gate keeper.

Yet even after the many trillions of dollars it would take to do that, we would still need to rely on oil and natural gas.

Since the wind doesn’t blow and the sun doesn’t shine all the time.

And with electric vehicles (EV), wind and sun are no good. Most need to be charged with electricity, of course, at night, and they typically cost one and a half to two times more than a normal gas or diesel car.

Yet climate change pipe dreamers and corporate profiteers tell us that somehow, we can shift from a half percent EVs to dramatically higher numbers in the next decade or two. Everything has a cost and the nation simply cannot afford the outlandish price tag that would accompany their wish list.

It’s time to stop the green rush forward at all costs. Instead, there must be discussions about cost-effective, real-world solutions to issues at hand, and alternatives to wind and  solar energy and electric vehicles.

Americans deserve better than to be forced to sacrifice their livelihoods for radical and unrealistic green energy dreams.

Frank Lasee is a former Wisconsin state senator and member of Gov. Scott Walker’s administration. He has deep knowledge of energy, the environment and climate. Lasee wrote this for InsideSources.com