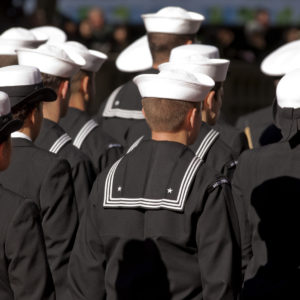 Too Soon to Celebrate Success in Veterans Employment

The overall unemployment rate for veterans this Veterans Day, 4.4 percent, is actually lower than that of their non-veteran civilian peers. Employers are making hiring veterans a priority, and it’s showing.

But it’s too soon for a victory lap.

As more than 250,000 service members each year transition into the private sector, it’s not just about hiring these skilled professionals. It’s about recognizing their skills and abilities with career-driven work.

We face a skyrocketing rate of veterans who report being underemployed — underpaid or not using all of their skills. Nearly a third of working veterans in a 2015 Career Builder survey said they are underemployed or in a low-paying job. This is particularly stark with post-9/11 veterans, the majority (61 percent) of whom report in an IAVA member survey that their jobs do not use enough of their skills and abilities.

The good news is that given changes in military regulations and the Department of Defense program Skillsbridge, there are opportunities to prevent underemployment for future transitioning service members.

Case in point: Army Staff Sgt. Michael Leverton leveraged the chance to participate in industry training instead of performing military duties during the closing months of his military service. He started his civilian career with ABF Freight after receiving his commercial driver’s license through the Teamsters Military Assistance Program at Fort Riley, Kansas, six weeks before he was to leave the military.

That program is a joint venture with the U.S. Army’s Soldier for Life program, offering veterans training in the transportation industry and employment opportunities with ABF Freight upon successful completion. Easterseals Dixon Center provides wrap-around family services post-separation with support from the PwC Charitable Foundation.

Leverton’s participation in this program meant that his family of four wouldn’t have to worry about medical benefits, finances or finding family services. He is using the skills he developed as a non-commissioned officer to coach, teach and mentor soldiers, which gives him high job satisfaction. He can focus on the actual job at hand, rather than stress about the security of his family.

Four months into his first post-military job, ABF Freight offered Leverton a chance to come back to Teamsters Military Assistance Program as an instructor for service members like himself looking to transition more successfully to civilian life.

Leverton’s example offers a blueprint for solving the challenge of veterans’ underemployment.

First, we need to be sure that our veterans are prepared well before they leave the military. Providing training programs and preparation courses allow veterans to plan for the future. The TMAP program allows veterans to walk straight from their military position into a meaningful freight transport career.

Second, transitioning veterans need to hone their skills. All too often, employers may mistakenly believe veterans are too rigid to think creatively after years of following orders. We know different. Veterans, incredibly adept at adapting to change, already have the skill set in place to succeed.

Third, and this is true for our civilian counterparts, companies must offer opportunities for growth. The military culture encourages opportunity and continuous self-improvement. When given a chance to continue education and take initiative, veterans will prove quickly how effective they are. And when employees grow and take on leadership roles, it benefits both the employer and society as a whole.

As a country, we need to model our behavior after what worked for Leverton. We need more programs like Skillsbridge and TMAP. It’s time to shift the paradigm from “a job for every veteran” to “every veteran deserves a meaningful career.”