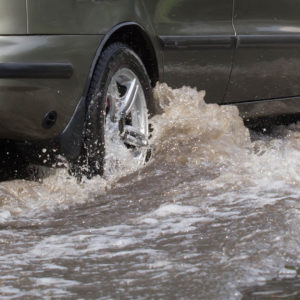 Most Americans have observed and many have experienced significantly changed weather patterns and more extreme weather resulting from climate change.

Depending on where people live, the impacts of climate change include droughts, wildfires, hurricanes, torrential rains, floods, shifting planting seasons, coral bleaching and the migration of animals and plants.

In the Midwest, the story is water — a lot of water.

The Great Lakes alone hold 84 percent of North America’s fresh surface water and about 20 percent of the world’s freshwater supply. Yet, as conditions worsen, the Trump administration has systematically rolled back climate protections and regulations that help control flooding from new rainfall patterns.

As our climate changes, the Midwest is experiencing extreme fluctuations in lake levels and intense rainfall that has impacted the built infrastructure, including sewer systems, basements, dams, and lakeshore property.

The heavy rain and flooding threaten to reverse progress in water quality as untreated wastewater from buildings and street pollution from storm drains flow into local waterways; waste and nutrients alike wash into the Mississippi River basin.

In the Chicago area, where I live, May this year was the wettest month in the past 100 years — for the third year in a row. In spite of the county’s ”deep tunnel” built to capture storm water, the area experienced untreated sewage flowing into public waterways on 20 separate occasions.

In June, the First Street Foundation released a report showing that Chicago leads all cities with 76,000 properties that should be in existing floodplain mapping; over 5,000 additional properties will be at substantial risk of flooding by 2050.

Adapting to this wet reality requires a sophisticated understanding of how weather patterns and landscapes impact lake levels, flooding, nutrient runoff and sewer system capacity. Urban and environmental planners are using advanced modeling to develop adaptive infrastructure strategies to manage and protect our waters. Now, the Trump administration is threatening progress in mitigating the serious effects of climate change on the nation’s waters.

Since 2016, the Trump EPA has reversed rules — like national fuel economy standards and the Clean Power Plan — that would have mitigated future climate change.

Then in April, the administration changed the federal definition of waters protected by the Clean Water Act, an action that will change the physical landscape that helps control flooding. Under the final Waters of the U.S. (WOTUS) rule, EPA will no longer protect many waters, including intermittent waterways, ephemeral waters, and many wetlands.

In its rulemaking, Trump’s EPA did not identify the extent of domestic waterways at peril, much less the environmental and flooding impacts. To explain its failure to analyze potential negative impacts, EPA argues that states may decide to protect the newly endangered waters.

Moreover, the administration provided no explanation on how the potential elimination of protected waters squares with government programs for flood control and relief. During this rule’s legal challenges and thereafter, this rule creates uncertainty for communities preparing for and managing expected increased rainfall, extreme storms and flooding.

In anticipation of EPA’s decision, St. Mary’s University of Minnesota conducted a comparative analysis for three geographically diverse watersheds and found a potential 16 to 36 percent loss of protected wetlands, projected to cause significant losses of water quality protection, floodwater attenuation, and fish/wildlife habitat in all three studied watersheds.

In finalizing this flawed rule, the administration has shown complete disregard for the Great Lakes, among the country’s most precious resources. Moreover, the lives of millions in six states surrounding the Great Lakes are forced to deal with the devastating personal and economic consequences of flooded streets, homes and businesses.

Arthur Smith is a former EPA senior attorney in Chicago. He is a member of the Environmental Protection Network, a volunteer nonprofit organization of more than 500 former EPA alumni working to protect the nation’s bipartisan legacy of public health and environmental protections. He wrote this for InsideSources.com.