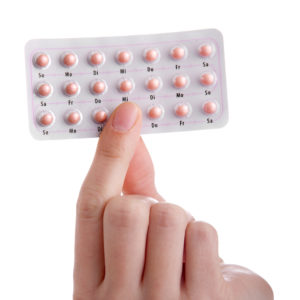 A recently leaked draft rule indicating President Trump’s response to President Barack Obama’s oppressive contraceptive mandate made the rounds. In short, if it becomes the final rule, it is a big win for religious freedom.

For nearly seven years, numerous for-profit and non-profit entities, religious institutions and others with conscientious objections to being forced to provide contraceptives and drugs and devices that can destroy human embryos have asked the federal government for a way out of providing them. They only asked to not be put in a position where they have to choose, as a price of following their conscience, between paying crippling fines that could shut them down or dropping the health care for all their employees.

Now, the Trump administration has taken the reins and is trying to work it out, as signaled in this draft rule. The rule would satisfy the religious objections of entities to being forced to provide the objectionable drugs and devices, while still ensuring people can obtain them in compliance with the Supreme Court’s order in Zubik.

While some still have a problem with the draft rule, their criticisms ring a bit hollow at this point. Where were the concerns about possible Administrative Procedure Act violations when President Obama tried to implement rules in the same way? This draft rule simply targets longstanding religious freedom violations by exempting objectors from being forced to provide drugs and devices that can kill an embryo — violations that President Obama should have targeted and dealt with, but didn’t. These problems are now left to Trump.

With this draft rule, the Trump administration is simply working to respond to the latest court order in the long-running litigation on this issue — the Supreme Court’s directive in Zubik to the government to find a way to accommodate the objectors’ religious beliefs without involving them in its provision of contraceptives. In so doing, the administration is just trying to ensure that all Americans are free to live and work according to their beliefs.

The response to the Trump administration’s action reveals many objections not to the careful text of the rule, or to a lack of “access” to contraceptives, but to the substance of the religious beliefs themselves. If not so, why the need to force nuns to provide drugs and services against their consciences when those same drugs and services can be obtained elsewhere?

The Obama administration ignored these conscience violations and imposed a mandate that forced individuals and businesses to violate their beliefs just to hold a job, own a business, or provide health insurance to their employees. This is what President Trump is now trying to correct with the approach contained in this draft rule.

Such an approach will satisfy any government interest in providing contraceptives, and meet the requirements of the Religious Freedom Restoration Act (the primary basis of the lawsuits that have been brought against the mandate) — which requires that any government action substantially burdening a sincere religious belief must be accomplished in the way least restrictive of such beliefs and must be backed up by a compelling government interest.

Even assuming the government interest in providing contraceptives here is compelling, the Obama administration never sought to accomplish it in the least restrictive means. Now the Trump administration is trying to do so with this rule.

The draft rule simply tries to address all concerns. Organizations that want to provide contraceptives can, and the very few organizations that do not want to do not have to — in which case, the objectionable drugs and devices will still be provided, but from another source, such as a third-party administrator.

America is a diverse country, and its people hold strong beliefs on both sides of this and other matters. We have generally resolved contentious issues by trying to satisfy the concerns of all parties involved, and should take the same approach here. Because this rule does just that, it should be something that all Americans can get behind.