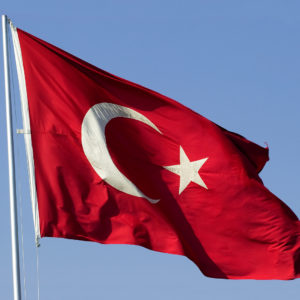 Turkey has quickly emerged as a focal point for President Trump’s administration in 2018. High-level meetings between U.S. and Turkish officials have peaked in recent weeks as the two nations discuss the conflict in Syria.

The recent visit to Turkey by Secretary of State Rex Tillerson as well as meetings between Secretary of Defense James Mattis and his counterpart at the Munich Security Conference underscore the need to reaffirm quickly the commitment of these two NATO allies and improve the relationship. These meetings are paving the way for both nations to work together to move forward.

This week, the United States and Turkey will come together for critical meetings centered on resolving military, diplomatic and other disagreements. The U.S. business community believes the economy should be added to the agenda of these and other high-level meetings.

With trade between the United States and Turkey increasing by 10 percent and setting an all-time high of nearly $20 billion in 2017, a better economic relationship can play a significant role in strengthening the overall U.S.-Turkey relationship.

In recent years, Turkey effectively used economic and commercial ties to repair their overall relationship with Germany and Israel. Turkey is keen to enhance its economic partnership with the United States — an important opportunity the U.S. business community urges our government to act upon.

Expanding talks to include commercial ties is good for diplomacy, good for security and good for business. The U.S. Chamber of Commerce is calling for renewing high-level U.S.-Turkey commercial dialogues that can be integrated into the new joint working group sessions. The U.S. Chamber is home to the U.S.-Turkey Business Council, representing 65 of the largest and most innovative U.S. companies doing business in Turkey. We recently visited Turkey to meet with President Recep Tayyip Erdogan’s chief economic adviser and deputy prime ministers, who all indicated they would welcome and support such a step. The government of Turkey continues to work closely with U.S. business interests and is eager to resume cabinet-level commercial and economic dialogues that can clear the way for new investments, jobs and exports on both sides.

The White House has stated in its National Security Strategy that the United States wants strong allies and strong partners in the Middle East, and fellow-NATO member Turkey stands out as a good partner.

Turkey sits at the crossroads of Europe, Asia and the Middle East and is an important and influential actor across the globe. The country’s economy is ranked 17th by GDP, boasts 1,600 U.S. companies doing business in Turkey, and has an influx of Turkish investment into the United States in the real estate, aviation and retail sectors.

Officials should take advantage of the White House’s forthcoming request of a three-year extension of Trade Promotion Authority to lay the groundwork for a bilateral free trade agreement between the United States and Turkey. Securing a free trade agreement with Turkey will take years of hard work, but we should begin the work today by removing stumbling blocks that otherwise impede progress.

Renewing a commercial dialogue and breaking down barriers to economic opportunity will provide immediate benefits to the U.S.-Turkey economic relationship while encouraging Turkey to work more closely with the United States for decades to come.

Khush Choksy is senior vice president of Middle East and Turkey affairs at the U.S. Chamber of Commerce.