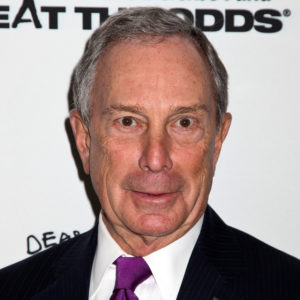 “If President Trump won’t take steps to protect our children, then we need someone in the office who will,” presidential hopeful Michael Bloomberg tweeted recently.

Bloomberg was responding to reports that Trump is reconsidering the prohibition of all e-cigarette flavors. Bloomberg’s squealing shouldn’t deter Trump. A full flavor prohibition is both unnecessary and unlikely to solve the teen vaping problem.

According to the National Youth Tobacco Survey, the majority of youth who vape use Juul with the most popular flavor being mint. Juul recently announced it is withdrawing mint from the market, and already ceased production of fruit and sweet flavors last year. In effect, we already have a de facto flavor ban on the most popular product used by youth.

Instead of clamping down on teen vaping or socking it to Juul, a total vape flavor ban would shut down more than 14,000 small businesses and put at least 166,000 people out of work, while denying millions of Americans access to the tools they used to quit smoking.

According to an analysis conducted in September, vape shops are the “fastest-growing retail segment of the past decade, as well as the one with the highest share of employees at small businesses.” These businesses derive the vast majority of their revenue from the sale of flavored e-liquids to adults trying to quit smoking. While it’s true that the majority of youth who vape use non-tobacco flavors, the same is true for adults.

We also know that this issue highly motivates vapers and vape shop owners. According to polling conducted McLaughlin & Associates, four in five vapers are likely to decide their vote based solely on a candidate’s position on e-cigarettes. The number of vapers in swing states like Michigan, Florida, Pennsylvania and Wisconsin far exceeds the margin of Trump’s victory in 2016. This mirrors polling conducted by Americans for Tax Reform in 2016.

On the other side of the ledger, there is no evidence, anecdotal or otherwise, that Trump will pay a political price for refusing the demands of vape prohibitionists like Bloomberg.

But rejecting prohibition isn’t just good politics, it’s good policy. E-cigarettes are known to be at least 95 percent safer than combustible cigarettes. If every smoker in America switched to vaping, as many as 6.6 million lives could be saved over the next decade.

Additionally, a study published in the New England Journal of Medicine found e-cigarettes to be almost twice as effective as traditional nicotine replacement therapies at helping smokers quit.

But it’s not just that e-cigarettes are safer than regular cigarettes or that they’re more effective at helping people quit, it’s the variety of devices and flavors that makes vaping such a success.

The consequences of banning flavors are as obvious as they are tragic. Analyzing the potential effects of different tobacco flavor bans, researchers at the Yale School of Public Health concluded that banning e-cigarette flavors would result in more smoking.

A flavor ban on all systems would mean the only e-cigarettes left on the market are in tobacco flavors sold by tobacco companies. With as many as 19 million vapers in the United States, however, the demand for these products would not be eliminated. Many currently legal suppliers will continue to produce e-liquids to sell on the black market, with no industry standards or oversight.

When thousands of vape shops are closed, and consumers return to smoking or the black market, those who pushed the hardest for this policy won’t be held accountable for the chaos they caused. Vapers may vote for Trump; Mike Bloomberg won’t.

Guy Bentley is director of consumer freedom at the Reason Foundation. He wrote this for InsideSources.com.